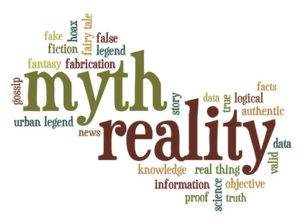 We’ve known for years that foods containing special nutrients called antioxidants can help prevent degenerative diseases and cancer, reduce blood pressure and slow the effects of aging. These naturally occurring compounds protect the body from harmful toxic compounds called free radicals, stopping them in their tracks and sweeping them up before they can cause damage. The best way to ensure your body has a storehouse of antioxidants that will make it inhospitable to toxic free radicals is by eating a wide variety of whole foods.

Unfortunately, the processed-food industry has taken advantage of the good reputation the term “antioxidant” has earned in recent years. They’re adding antioxidant food additives – namely man made chemicals such as BHT, BHA and TBHQ – to keep the oils in processed foods from going rancid and to prolong shelf life by protecting against deterioration and color changes.

It would be one thing to add chemicals into foods for the sole purpose of prolonging shelf life – but now processed food manufacturers are making “antioxidant” claims on their packaging, targeting and fooling unsuspecting consumers into thinking these foods actually contain “healthy” antioxidants. This is a prime example of how food manufacturers twist the definition of chemistry terms and present them to the public as sheep in wolve’s clothing.

TBHQ stands for Tert-butylhydroquinone. It’s a white, crystalline solid used as a general-purpose chemical to preserve various oils, fats and food items by retarding their oxidative deterioration. It is also used in formulating varnish, lacquer, resins and oil field additives, AND is used as a fixative in perfumes to reduce the evaporation rate and improve stability.

Wow, with so many uses, one must wonder how safe any of these substances are for human consumption!

What these food additives DO NOT do is act like the antioxidants that come from real whole plant foods. In fact, they do the exact opposite. The International Agency for Research on Cancer considers BHA and BHT carcinogenic (cancer causing). Repeated studies agree that BHA and BHT increase the risk of cancer, accumulate in body tissue, cause liver enlargement, and retard cell development. These chemical food additives may also cause hives and other skin reactions. TBHQ has not been adequately tested, yet has still been approved for food use.

Some experts believe that consumption of BHT can cause metabolism problems leading to behavior changes. Dr. Benjamin Feingold, a diet specialist in the 1970’s stated from his studies that BHT could produce hyperactivity in children. In light of this, isn’t it interesting that many of the foods that are mainly consumed by children, including breakfast cereals, convenient lunch box meals, and snack foods all contain BHA and BHT?

Author and doctor Christine Hoza Farlow states in her book Food Additives  –  A Shopper’s Guide to What’s Safe & What’s Not – that BHA and BHT can cause liver and kidney damage, behavioral problems, infertility, weakened immune system, birth defects, and cancer. Infants, young children, pregnant women and those sensitive to aspirin should avoid them. My opinion is that everyone should avoid them.

BHT has been banned in England. It has also been banned in Romania, Sweden, Australia and nearly every other country except for the U.S. This makes one wonder why, if a substance is questionable enough to be banned in other countries, is it still used in most major cereal companies in America and why it also shows up in many other processed foods, especially those that are marketed to children?

As the name implies, antioxidants are compounds that are the opposite of “oxidants”. Otherwise known as “free radicals”, oxidants are harmful molecules that can damage our body’s cells, proteins, and DNA. This damaging process, called “oxidation”, is largely responsible for speeding up the aging process and for the development of chronic diseases such as cancer, heart disease, stroke, Alzheimer’s disease, Rheumatoid arthritis, and cataracts. A similar type of oxidative process is what causes oils to become rancid, peeled apples and avocadoes to turn brown, and iron to rust.

Free radicals arise from sources both inside and outside our bodies. Free radicals that develop from processes within our bodies form as a natural result of normal breathing, metabolism, and inflammation. Outside of our bodies, however, free radicals form from environmental factors such as pollution, sunlight, strenuous exercise, X-rays, smoking and alcohol. One of the most prevalent sources of outside free radicals is from eating foods that have been cooked in oils that have been heated too high (fried foods and baked goods) or from foods that have processed oils added to them, such as salad dressings, ice creams, puddings, creamers, etc.

Free radicals are molecules that have lost one of their electrons due to their exposure to heat, light, or air. Their electron deficiency renders them highly reactive and unstable.  Free radicals want nothing more than to recoup their lost electron in order to become stable again, so they scavenge our bodies to steal electrons from healthy cells, thereby creating more free radicals. As a result, free radicals multiply to a point called oxidative stress, a point beyond the body’s ability to neutralize them. When this occurs, premature aging and disease takes over.

Your only defense against free radicals are antioxidants. Antioxidants from plant foods are what you need because they are the only compounds capable of preventing or stopping the damaging effects of oxidation in your body. An antioxidant has an extra electron, and its sole purpose is to donate its extra electron to the free radical in order to stop it from doing further damage.

The man-made fake antioxidants cannot do this for you, because their extra electron has already been used to retard the rancidity of the oil in the processed foods. And, as I have already mentioned, they have harmful effects on human health as a result. There is nothing healthy about these types of “antioxidants”. It is a complete misrepresentation of the compounds and their role in nature.

In nature, plant foods are loaded with compounds called phytochemicals. Phytochemicals are the biologically active substances in plants that are responsible for giving them color and flavor, and they protect our cells against oxidative damage and reduce the risk of developing certain types of cancer. Most phytochemicals are also antioxidants, as well as vitamins A, C, and E, and the mineral Selenium. The following is a list of some of nature’s most powerful antioxidant foods:

Eating a wide variety of vegetables (4 cups per day) and fruit (three servings per day) can ensure you get a decent amount of antioxidants. But the bottom line comes down to this: eat foods in their most closest to natural form as possible. There are plenty of natural alternatives to BHA and BHT laced foods.  Many natural and organic companies produce delicious products without these toxic preservatives.

Become an avid ingredient list reader, because the ingredient list is what tells you whether a food is healthy or not.  When you avoid processed foods, you avoid all the dangers associated with food additives, and you avoid being fooled by clever marketing claims.