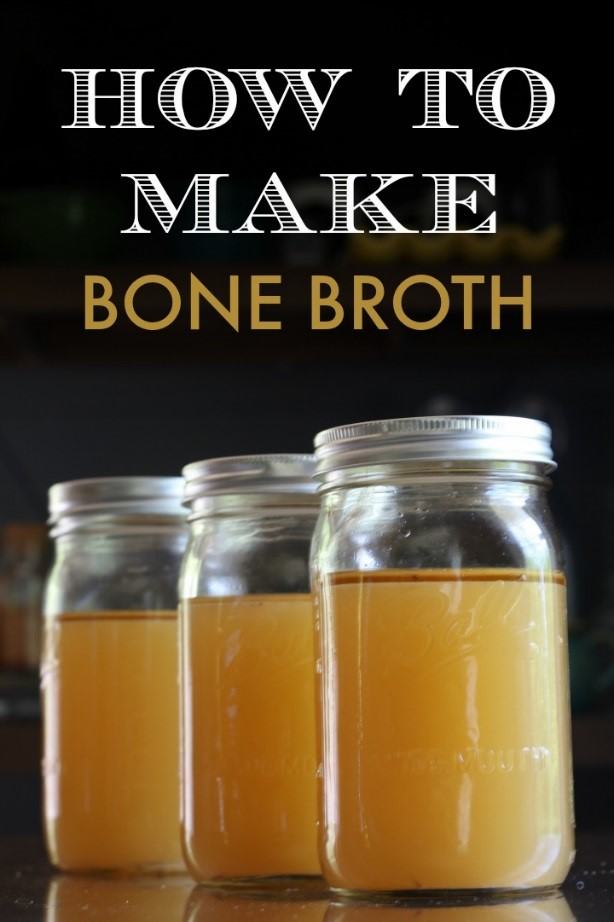 When prepared the traditional way, bone broth is like a superfood. 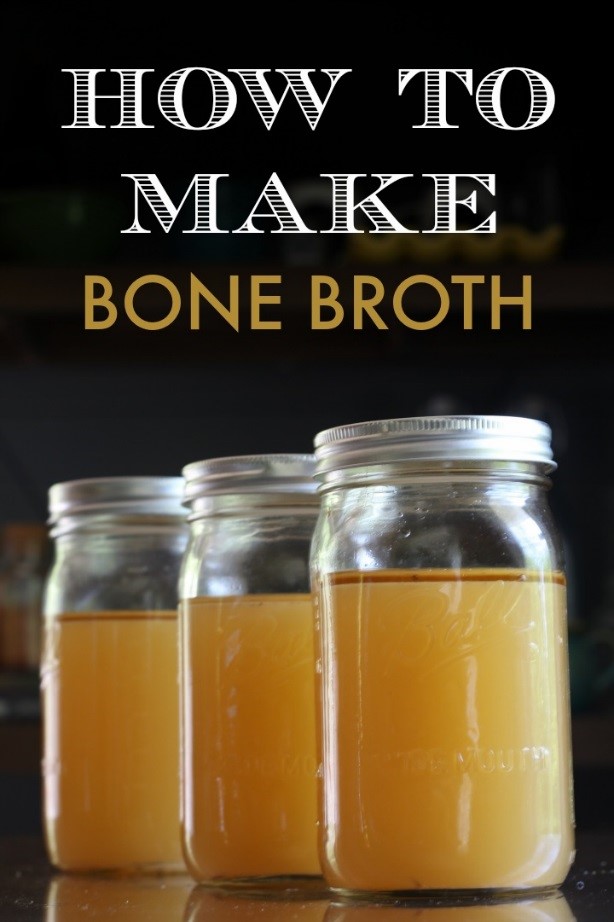 Almost every culture throughout history has used bone broth for its nutritional significance, and today many societies around the world still consume broth regularly for those same reasons. Consuming broth is also one of the most economical ways to boost your intake of nutrients that are essential to good health.

Broth made from the bones of animals has unique and unrivaled health benefits. Typically made from the bones of chicken or beef, it can also be made from lamb, wild game or fish bones. The cooking water is acidified with a small amount of raw organic unfiltered apple cider vinegar to draw the minerals and other nutrients out of the bones and into the broth while it cooks.

The finished broth contains a vast array of nutrients in an easily absorbable form. It is rich in calcium, magnesium, and other trace minerals, and gelatin—a protein substance that has numerous regenerative healing effects on the body, including healing the lining of the intestinal tract, boosting the immune system, and breaking up cholesterol buildup in the arteries. Gelatin also contains glucosamine and chondroitin, two compounds that help alleviate the degenerative effects of arthritis and joint pain by helping to rebuild joint cartilage in our bodies.

There are two ways to make bone broth—

1) By using the remaining bones from a whole roasted chicken or from baked or grilled chicken parts, after you’ve removed all the meat. When I roast a chicken, I remove all the usable meat to use for meals, and then I save the carcass (including the bones from the drumsticks and wings) with all the remaining little pieces of meat still clinging to the bones. The bones can be saved in the refrigerator if you are going to make broth the next day or frozen for up to a month to make broth later.

Bone Broth Made from the Leftover Bones of a Roasted Chicken

In this recipe, you’ll be making bone broth from chicken bones, but you can also use turkey, beef, lamb, buffalo or venison bones to make different broths. The method will be the same.

Note: The bone broth you make can only be as healthful and nutritious as the animal bones you make it with. That is why it is best to use hormone-free/antibiotic-free or organic chicken or meat bones. If you use bones from animals raised in confinement being fed an unnatural diet, you run the risk of consuming all the hormones and other harmful things the animals were fed or injected with. The hormones and chemicals build up in the bones of the animals, so opting for the most natural or organic sources is best.

• 1 roasted chicken carcass, including all the skin and meat that is still clinging to the bones. Make sure to get any broth or gelatin out of the pan you cooked the chicken in and add it to the crock pot. 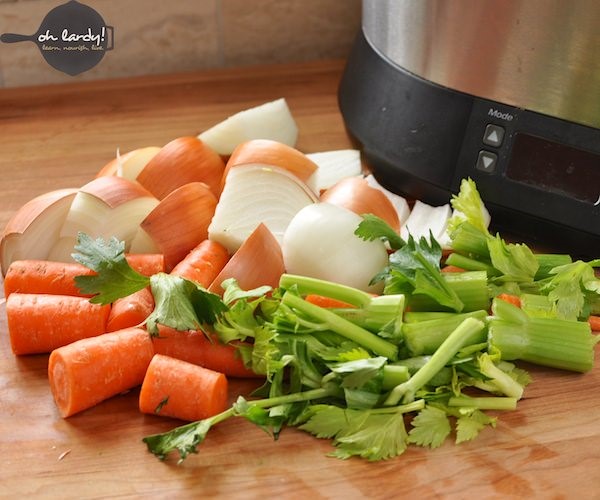 • 1 medium yellow onion, cut in half

• enough water to cover the bones

Set crock pot to Low heat and cook for a minimum of 8 hours and up to 24 hours. (You can let it cook overnight and all the next day.)

About 10 minutes before turning off the heat, add in the fresh parsley for added flavor and additional minerals.

Let the broth cool, then remove the bones from the crock pot and discard. 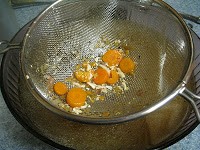 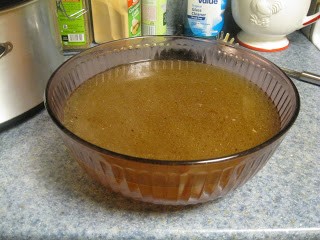 Let the broth cool before pouring into quart-size jars or half gallon containers so they won’t break from the heat.

Making turkey broth basically follows the same process. So don’t throw out that Thanksgiving turkey carcass—make broth with it! 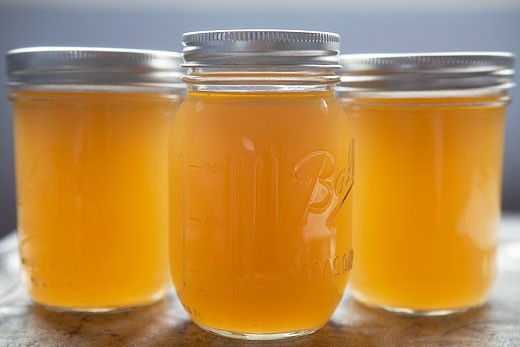 Bone Broth Made from a Whole Uncooked Chicken

The idea here is the same except you’re using an uncooked chicken. You can use chicken parts as well, as long as they have the bones.

• medium yellow onion, cut in half

• enough water to cover everything

Rinse and pat dry the chicken and place it in the crockpot.

If your chicken included neck and giblets you can add those as well.

Follow the same directions as above for cooking the broth.

When done, take the chicken out of the broth, let it cool and remove the meat from the bones to use for meals. The soft bones may be given to pets or discarded.

Allow the broth to cool in the refrigerator until the fat comes to the top. Skim off the fat and discard it. Store the broth in quart-size jars or half gallon containers.

Tips for Freezing (and Thawing) Broth

You can store large quantities of broth to use for making soups or stews, or small quantities to use for sautéing vegetables, making sauces, or just drinking it straight. 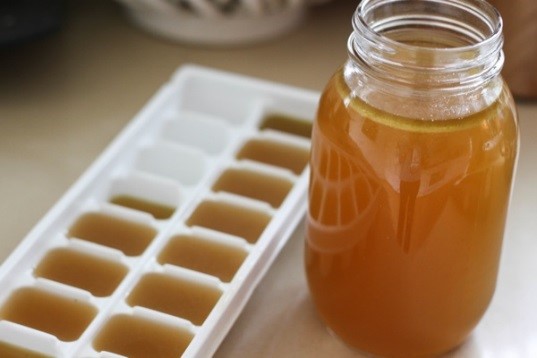 Freezing broth in an ice cube tray makes it easy to pull out just what you need to use. Each cube will give you about two tablespoons of broth that you can then add to whatever you’re cooking. So, you might add a cube or two to liquid when braising meats or vegetables, or you might thaw and warm up a few more, stirring in sea salt and fresh garlic to enjoy a cup of broth.

When storing in glass jars, leave plenty of head space. As the broth freezes, it will expand, so it is important to leave plenty of space above the broth for expansion during freezing. A general rule is to make sure you leave more than 1-inch of space above the liquid in the jars. You can see in the picture above that I have left lots of space for expansion during freezing. 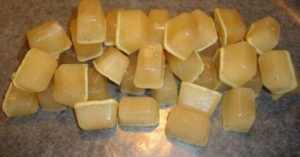 Let the broth cool to room temperature on the counter without the lids on. Once the jars are cool enough to touch comfortably, put the lids on and transfer them to the freezer. It’s important that the broth is COMPLETELY COOL before freezing. Even if it’s a little bit warm can cause the jars to break in the freezer.

Not all jars are created equally. For freezing large quantities of broth (such as pints or quarts), I find that mason jars work best.

To thaw broth in glass jars:

If you have time, thaw jars of broth in the fridge overnight.

In a pinch, it also works to thaw jars of broth in a big bowl of water. The key to thawing jars in water is to make sure you do NOT use hot water initially. Placing a frozen jar into hot water puts a big thermal shock on the glass, which can cause it to crack.

Start by placing the frozen jar into cool water. Let it sit for about 10 minutes.

Replace the cold water in the bowl with warm water and let it sit a few minutes. Then you can put hot water into the bowl to speed things up. There is no need to wait for the broth to completely thaw. Just wait until there is enough thawed that the remaining chunk of frozen broth can come out into whatever you are cooking.

For more information on Bone Broth, you can go here:

DEE’S RECOMMENDATIONS FOR COLLAGEN AND GELATIN 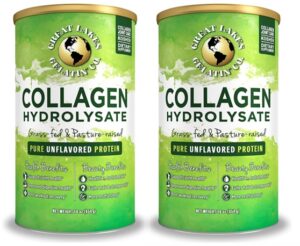 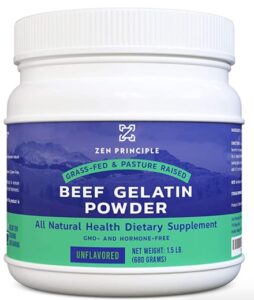