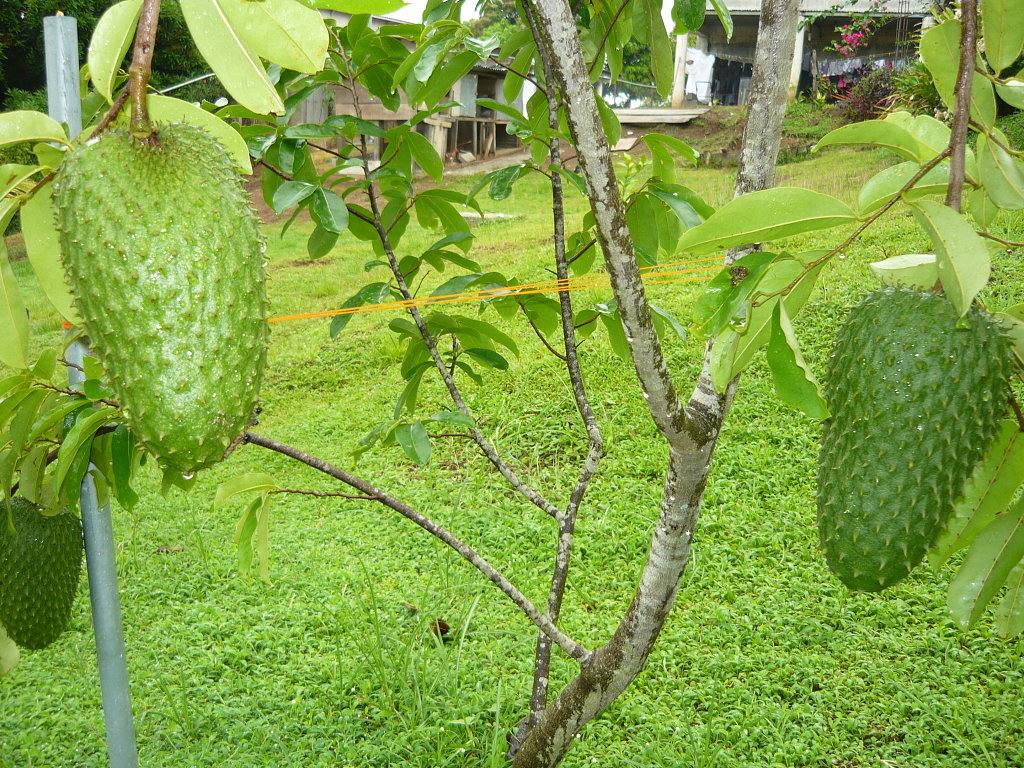 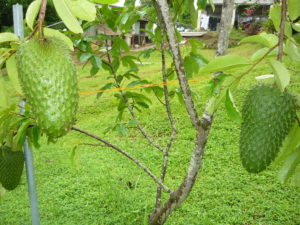 You’ve probably never heard of a guanábana.  It grows in many parts of the world and is known by many names. In the U.S. and the Carribean it’s called sour sop.  In Spain it is known as Graviola, and in India it is called Ramfar.

This interesting fruit, is a large, spiny, green tropical fruit with a sweet flesh that is used to make beverages, ice creams and other sweet treats popular in South America.  The flavour is delicious–like a combination of strawberry and pineapple with an underlying creamy flavor of coconut or banana.

Beyond its usefulness as a food, however, guanábana also contains many nutrients and antioxidants with extraordinary health benefits.

Although its rind is quite bitter, the fruit’s flesh is soft, smooth and sweet, and provides healthy carbohydrates as its major nutrient. Guanábana also contains a high amount of vitamin C and several B vitamins such as thiamin, riboflavin and niacin, along with a high amount of alkaline forming calcium, an important mineral for bone health.

Guanábana contains a number of compounds that may prevent or slow the growth of cancer, destroy viruses and kill parasites in the body, and suppress inflammation, according to Memorial Sloan-Kettering Cancer Center. 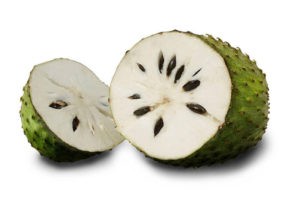 In one study, published in Journal of Ethnopharmacology, an extract of guanábana inhibited the growth of Herpes virus in the laboratory. In addition, the Cancer Center summarizes findings that suggest guanábana extracts might slow growth of cancer cells or make them more susceptible to anti-cancer drugs. For example, in one study published in 1997 in Journal of Medicinal Chemistry, compounds from guanábana were tested on breast cancer cells in culture and found to be up to 250 times more effective in killing the cells than some chemotherapy drugs. These laboratory studies with guanábana are promising, but research with human subjects is needed to confirm its potential usefulness.

For those who just want to enjoy the wonderful flavor and taste of guanábana, you may be able to find it in southern California, where it is reported to be grown and sold in local markets. You may be able to find the frozen pulp of the fruit in ethnic grocery stores (especially South American or Carribean). It is distributed by Goya. The frozen pulp can be used to make beverages, smoothies or sorbets.  Here’s a traditional recipe you can try, I’ve modified it to make it processed-free! 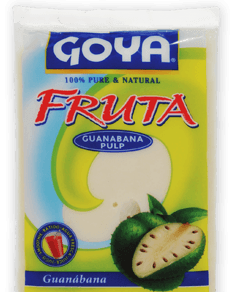 Jamaican Guanábana Drink (adapted from Cook Like A Jamaican)

Ingredients:
1 ripe Soursop (Guanabana) or 1 package (14 oz.) frozen Guanábana Fruit Pulp, broken into chunks
1 can cococonut milk
1 teaspoon grated nutmeg
2 Tablespoons fresh Lime Juice
1 tablespoon pure vanilla extract
4 cups water
For sweeter version, add a small amount of stevia or other natural sweetener.
Note: like orange juice, some like pulp some don’t. See Step 3
Method:
1. If using the whole fruit, peel the soursop by hand; put flesh in a large mixing bowl and remove all the seeds.
2. Put fruit into blender; If using frozen pulp, just put it in the blender. Add 3 cups of water and puree.
3. Pour puree into in a mixing bowl and add 2 to 3 more cups of water. (If you prefer
a smooth drink, use a strainer and the additional water to remove fruit fibers.)
4. Add coconut milk, nutmeg, lime juice and vanilla and stir to blend.
(if you don’t have a large blender you can use a hand blender to do the final mixing).
Serve chilled with or without ice cubes. Add a dash of nutmeg to each glass before serving.