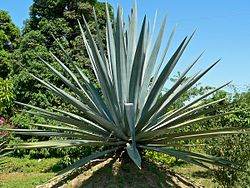 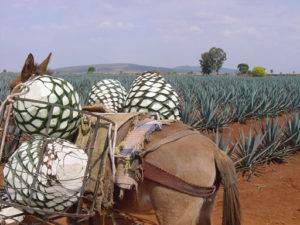 Over the past few years I’ve been hit with a barrage of inquiries pertaining to agave. From emails to message board postings and questions at nearly every one of my public lectures, people want to know what my thoughts are concerning agave. In my book Plan-D: The Amazing Anti-Diet, I wrote about the health benefits of raw blue agave nectar and listed it, among other natural sweeteners, as a healthy choice for occasional use. But new information has arisen in the last few years concerning agave, which is why I am writing this article. Since the publication of my book in 2009, I have changed my stance on agave, and I want to give you the facts so that you can make your own decision about whether or not to consume it. Whatever you decide, please know that I do not now, nor have I ever, condoned the daily use of any natural sweetener containing sugars.

I have done a lot of my own reading and research, relied on my scientific knowledge and instinct, and have done a lot of soul searching before publicly giving an educated answer to the question of whether or not agave is a healthy choice.

Agave was first introduced into the health food world in the mid-1990’s and quickly became the darling of the natural sweetener kingdom. Marketed as a low glycemic alternative to refined sugar, bottles of the sweet syrup commercially produced in Mexico began showing up on store shelves in the U.S. It also became the sweetener of choice for many health food products such as ice cream, bottled drinks, ketchup, granola, muffins, cookies, energy bars and chocolate. It was widely embraced by the vegan community, and the raw food community heralded the raw version of agave nectar.

Agave is a succulent plant, similar to aloe, which grows primarily in Mexico. There are hundreds of species of agave, each having their own features. One thing they have in common is a large root base with long pointy leaves coming out of it. The bulb root, or heart of the agave plant, looks like a very large pineapple and is called the piÃ±a.

Although manufacturers have claimed that the nectar is taken directly from the succulent leaves straight into the bottle, apparently that is not the truth. Most agave nectar is not made from the sap of the agave plant, but from its large root bulb.

According to several sources, there are two ways in which the commercial agave nectar is manufactured. One way is to collect the hearts from several different species of agave by cutting off their leaves. The hearts are shredded, pulped, then “subjected to high pressure steam in order to make it easier to extract the juice. The juice is then filtered to create light and dark varieties. Next, the extracted and filtered juice is heated to create thermic hydrolysis, which breaks down the carbohydrates into sugars, very much like boiling maple sap to get maple syrup. For the raw agave, the temperature is controlled for this stage to remain below 118°F.(1)

The resulting syrup is next hydrolized using enyzmes. So rather than using a heat process, this type of agave is produced using an enzyme process with organic enzymes to convert the carbohydrates into sugars. Finally the agave is filtered, which results in a light syrup. (2)(3)

Syrup is the more accurate word to use for the commercially produced agave; it is not nectar.

The other way is to use a specific species of agave called salmiana. When the plant is seven or eight years old, it produces a long flower stem called a quiote. Soon after the quiote first appears, it is removed, leaving a hole in the center of the plant. The plant tries to heal this wound, and aguamiel collects in the hole. Agua means water, and miel, honey. This aguamiel is the true nectar of the agave plant. It is not the sap of the leaves, but the juice the plant stored to prepare to grow its quiote.

The aguamiel is carefully removed using a gourd and a suction device. The aguamiel is placed in an evaporator to remove moisture. If the vacuum evaporator is controlled to stay below 115° F then it is called raw nectar, and if it is not controlled, evaporation proceeds more quickly, and this creates regular, not raw, nectar.

The controversy over agave came about because the process that many, if not most, agave producers use to convert the carbohydrates into sugars is similar to that by which cornstarch is converted into high-fructose corn syrup. The agave is subject to an enzymatic process that converts the carbohydrates into a fructose-rich syrup – anywhere from 70 percent fructose and higher. For comparison, the high-fructose corn syrup used in sodas is 55 percent refined fructose.(4)

Some agave nectar can contain up to 90 percent fructose, which unfortunately is a form of isolated concentrated fructose, not the type that exists in fruits and vegetables. In fruits and vegetables, the naturally occurring fructose occurs in very small amounts, nowhere near the amount that is in a teaspoon of agave or high fructose corn syrup. Fructose in fruit was originally called “levulose.” It is accompanied by enzymes, vitamins, minerals, fiber, and fruit pectin. Isolated fructose made from enzymatic conversions lacks amino acids, vitamins, minerals, pectin, and fiber. As a result, the body doesn’t recognize isolated fructose the way it recognizes levulose. Levulose is digested in the intestine, but isolated fructose is transported to the liver, which is why it does not produce much of a glycemic effect. But that doesn’t mean its healthy.

Too much fructose going into the liver is converted into triglycerides and stored as fat in the liver. Too much fat in the liver leads to insulin resistance. In 2010, the Glycemic Research Institute announced that it had legally “delisted” and placed a ban on agave for use in food and beverage products, due to results of five years of clinical trials showing negative effects on diabetics.

A 2008 study out of Duke University showed that daily consumption of fructose-containing foods or drinks has been associated with a disease called nonalcoholic fatty liver disease (NAFLD). Fatty liver is a degenerative disease of the liver whereby the liver cells are literally choked to death by globules of fatty substances within them. This organ becomes enlarged and swollen with greasy deposits of fatty tissue. The term nonalcoholic is used because this type of liver disease is occurring in people who do not consume alcohol, such as children. Yet, in many respects, the nature of NAFLD is similar to what is seen in liver diseases of alcoholics who consume excessive amounts of alcohol.

A 2010 follow-up study, published online in Hepatology, goes one step further and links increased consumption of high-fructose corn syrup to the progression of liver injury, such as fibrosis (scarring in the liver), among people who already have nonalcoholic fatty liver disease. The concern is that continued consumption of fructose will lead to more serious liver damage. Most people with NAFLD feel well and are not aware that they have a liver problem. Nevertheless, this disease can be severe and can lead to cirrhosis, in which the liver is permanently damaged and scarred and no longer able to work properly.

For this reason, I do not advocate the use of agave. It is unfortunate and disappointing if you have been using agave under the belief that it is a healthy natural sweetener. If so, don’t feel bad. For several years, I was duped right along with you.

If you do want to use agave, you can purchase the natural unprocessed product that is made by removing the quiote, collecting the aguamiel and evaporating it. The resulting sweet nectar is called maguey sap or maguey honey. It is a traditional organic unrefined raw nectar that retains its antioxidants, pre-biotic fiber, and other nutrients.

Maguey Sap comes from magueys that are grown in the desert of Mexico without the use of pesticides or synthetic fertilizers. Its availability is limited and it is expensive to produce. Small scale production supports the economy of several families in small rural villages in North Mexico. The process is a true artisan craft, unlike the commercial agave syrup made in mass quantities for sale in the U.S.

Maguey honey can be purchased in the U.S., but the price tag is higher than commercial agave syrup. One brand is called Maguey Sweet Sap.

You’ll still see plenty of bottles of commercially produced agave on the shelves of health food stores, but unless it’s maguey honey, you should just walk on by. As for agave in “healthy foods,” you should pass on those, too.

If you’re looking for a low glycemic replacement for agave, you may want to try a product on the market made by Coconut Secret called “coconut nectar.”  Coconut nectar is not made from the actual coconut, but rather from the little white flowers that grow on the coconut tree, called coconut blossoms.  The blossoms contain a sap that can be pressed out, then evaporated at low temperatures to allow the sap to thicken into a nectar.  According to the “Coconut Secret” website, coconut nectar is raw and low glycemic (GI=35), containing amino acids, minerals and vitamins.  This has become a favorite of mine and my alternative to agave.  It has a mild sweet taste and is very versatile.

Other alternatives to agave are brown rice syrup, raw honey, and pure maple syrup.  These are all healthy natural sweeteners.  But just remember, sweeteners are for occasional use, not daily!