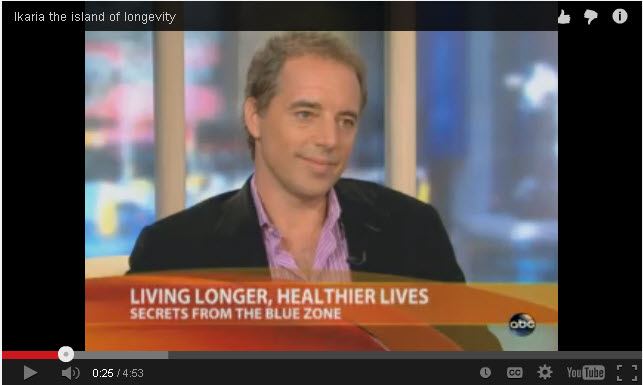 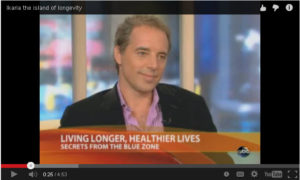 As a perpetual student of nutrition, I have a keen interest in how diet and lifestyle play a role in people’s health.  Nothing fascinates me more than the research around longevity.  Something called the Danish Twin Studies established that only 20 percent of how long the average person lives is dictated by genes—the other 80 percent is diet, lifestyle and environment. In other words, most of how long and how well you live is up to you.

The life expectancy of most Americans is 78.2 years. But most of us have the capacity to make it well into our early 90’s and largely without chronic disease. There are people in the U.S. and around the world who live to be 100—and are fit and healthier than their younger counterparts.  It seems that we are leaving 12 good years on the table that could be ours for the taking if we learned their secrets to longevity.

So how can you live longer?  Does it involve a special diet? Nutritional supplements? Workouts? Should you be eating organic, free range chicken, grass-fed beef or beans? And what about physical activity?  Should you be running marathons or doing yoga?

In 2004, author Dan Buettner teamed up with National Geographic and hired the world’s best longevity researchers to identify societies around the world where people lived measurably better.  In these so called “Blue Zones” of longevity, they found that people reach age 100 at rates 10 times greater than in the United States.  They found the extra 10 years that we’re missing.

One such Blue Zone is the Greek island of Icaria, deep within the Aegean sea, 35 miles off the coast of Turkey.  Icarians are three times more likely to reach age 90 than in the U.S.  Chronic diseases are a rarity.  People living in this region have 20% less cancer, half the rate of cardiovascular disease, and almost no dementia! People traditionally have farming or fishing jobs and live in a mountainous terrain, which keep them active throughout life. They eat a variation of the Mediterranean diet, rich in olive oil, whole grains, fruit and a little fish. Raw goat milk and wine brimming with antioxidants are part of their traditional diet.  Time is taken out of their day to nap and connect with friends, reducing stress and promoting relaxation.

Here are some of the Diet and Lifestyle Lessons we Can Take from Icaria:

Mindul Eating: Icaria’s do not eat unless they’re sitting down, relaxing, and spending time in conversation with one another.

Nuts: Plentiful nuts on the island of Icaria include almonds, walnuts, and chestnuts.

Low Sugar: Sugar is primarily added to morning coffee and is largely absent anywhere else in their diet.

Olive Oil: Icarians drizzle olive oil over almost everything they eat. They consume most of their olive oil unheated.

Raw Goat’s Milk: Goat’s milk is easier to digest than cow’s milk and high in tryptophan, which reduces stress hormones and lowers the risk of heart disease. You could argue that goat’s milk is healthy, but I believe it’s not just that; it’s the fact that Icarians drink raw goat’s milk. Remember, whenever milk of any kind is pasteurized, the beneficial probiotic, lactobacillus acidophilus, is destroyed. This probiotic helps to synthesize B vitamins in the colon and build healthy bacteria in the gut. The reason yogurt in most developed countries (like the U.S., Canada, and most of Europe) contains probiotics is because they were added back into the pasteurized yogurt after those probiotics were removed. Goat’s milk, goat cheeses, and goat yogurt in Icaria, Greece is not pasteurized.

Herbs and Herbal Teas: Icarians drink a lot of herbal teas. These teas contain compounds that lower blood pressure, lower the risk of heart attacks, and lower the risk of dementia. One of the most popular teas is leriadis, a mountain herb tea drunk in the evenings. There are also teas made from wild marjoram, artemisia, sage, a type of mint called fliskouni, rosemary, and dandelion leaves with lemon. Many Icarian teas contain mild diuretics. Other common herbs include fennel, savory, oregano, chamomile, and sage.

Wine: Would you believe the Icarian diet includes a little wine at every meal, even breakfast? They usually drink between two and four glasses of wine per day.

Honey:Raw, unpasteurized honey is a staple in the Icarian diet and is viewed as a general tonic. They start their day with a spoonful, use it to cure hangovers, take it to treat influenza, and apply it topically to heal wounds. This honey is not made from bees—is it made by an aphid that gets its nectar from the bark of pine trees.  Pine honey is unique to the island.

Fish and Meat: Fish is eaten approximately twice a week. Other meats (usually goat or pork with lard) are eaten only about five times per month.

Typical Breakfast: A typical day might begin with a spoonful of honey. It is seen as a tonic. After that comes a breakfast of one optional glass of wine, goat’s milk or goat yogurt, sage tea or coffee, honey, and heavy naturally-soured sourdough bread made with whole grains.

Typical Snack: A sunset snack with friends for Icarians is a cup of herbal tea and one glass of wine.

Typical Dinner: Dinners consist primarily of only whole grain sourdough bread, goat’s milk, and a glass of wine. If they add anything else to this meal, it is merely some fish twice a week, or a bit of goat or pork five times a month. After a dinner with friends, a dance to traditional Greek music is not uncommon.

Walking and Hiking: Icaria, Greece is a mountainous region. The people spend a lot of time outdoors. Many are goatherds. Icarians walk or hike the hilly island daily. Even people well into their nineties hike up and down mountains without a second thought.

Daily Naps: Icarians take a daily thirty-minute nap every day. Some say napping reduces the risk of heart attack and stress, and makes people look younger. Since one study indicates that men between the ages of 65 and 100 have sex regularly and with “good duration” and “achievement,” I suspect Icarians’ daily naps offer health benefits beyond rejuvenating sleep.

Community: Icarians have a strong community and tight-knit family and neighborly support. Everyone knows everyone else’s business and they like it that way. Everyone has a sense of belonging and acceptance. Such strong social connections have been shown to lower depression and body weight. They spend a lot of time together in groups of all sizes, singing and dancing, going to church, and celebrating numerous religious festivals. Partying is an integral part of their lifestyle.

Family: Family is important to Icarians. Sometimes three generations will live in one house, but even if they don’t all live together, grandparents tend to spend time with grandchildren on a daily basis. This type of social arrangement improves the health and well-being of both younger and older generations.

Gardening: Every Icarian spends time outdoors in the sunshine each day, tending their gardens. It’s an Icarian tradition. Everyone does it.

How many of these elements of the Icarian lifestyle can you implement into your American routine?  As the Icarians have demonstrated, the more time you spend outside, the more walking you do, and the more greens and less sugar you eat, the longer you live.  I’ll tip my glass of wine to that!