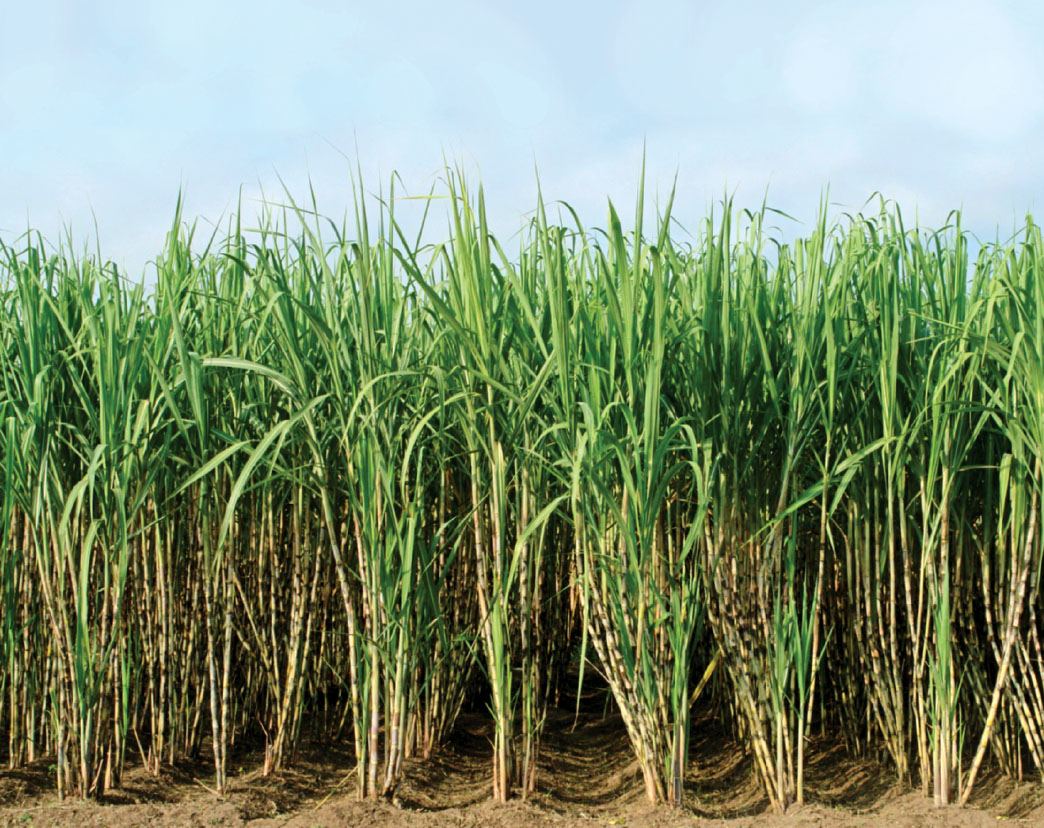 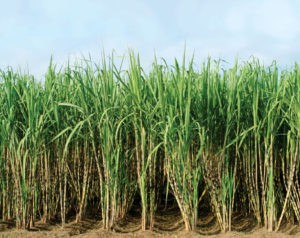 If you’ve ever had the pleasure of drinking freshly extracted raw fruit or vegetable juices, you know the health value of doing so. Freshly extracted juices contain live enzymes and nutrients that are easily absorbed by the body for quick nourishment.  But did you know that raw sugarcane juice is just as healthful as any other freshly pressed juice, and is in fact something of a Super Hero among plant foods?

Sugarcane is a tall grass with a stout, jointed and fibrous stalk that looks similar to bamboo.  As a member of the grass family, its juice has a high potency equivalent to wheatgrass juice, only with less chlorophyll and more sugar content.  However, counter to what you might think, sugarcane juice contains only about fifteen percent total sugar content, all of which is in a raw unrefined form.  The rest of the juice consists of water brimming with an abundance of vitamins and minerals. Sugarcane is rich in calcium, chromium, cobalt, copper, magnesium, manganese, phosphorous, potassium and zinc.  It also contains iron and vitamins A, C, B1, B2, B3, B5, and B6, plus a high concentration of phytonutrients (including chlorophyll), antioxidants, proteins, soluble fiber and numerous other health supportive compounds.  Working synergistically, these nutrients provide a supremely health-promoting food which has been studied for its role in fighting cancer, stabilizing blood sugar levels in diabetics, assisting in weight loss, reducing fevers, clearing the kidneys, preventing tooth decay, and a host of other health benefits.

Sugarcane juice is consumed worldwide, and due to its known health benefits, it is a traditional food with a profound presence in the local cultures where it is grown (Brazil and India are the top two producers, though it is grown in over 100 countries). Sucking or chewing on an exposed end of the raw sugarcane is one way to consume the juice, although the juice can also be extracted in larger quantities for drinking, by feeding the large stalks through a slow moving roller pressing machine, similar to an old fashioned wringer washing machine. The locals drink it with a pinch of sea salt and lemon juice, for a natural high-energy drink whose value goes far beyond its sweet taste.

Several scientific studies have revealed that sugarcane is extremely high in a unique mix of compounds called polyphenols. Polyphenols are a large class of phytonutrient compounds with powerful antioxidant properties and numerous health benefits.  When consumed as a “whole package,” the polyphenols in sugarcane juice work in harmony with the vitamins, minerals, and other cofactors to slow down the absorption of its sugars into the bloodstream, resulting in a very low glycemic index (the effect a carbohydrate has on blood glucose levels), which keeps the body’s metabolism healthy and helps maintain a healthy body weight. To give you a comparison, the glycemic index of refined sugar is 64, compared to raw sugar cane which has a glycemic index of  30 to 40 (nearly half that of refined sugar) depending on the soil in which it is grown.

The low glycemic effect of sugarcane juice is actually the least of its health benefits. Due to its high concentration of calcium, magnesium, potassium, iron, and manganese, the juice from raw sugarcane is an alkaline forming food.  Diseases, especially cancer, cannot live in an alkaline environment, so it’s no surprise that studies have shown that it has proven effective in helping the body fight against cancer, especially prostate and breast cancer. The antioxidants in sugarcane juice also help to fight against viral and bacterial infections, boost the immune system, and protect against diseases of the liver.  It also improves kidney function by clearing the urinary flow and is believed to be a good treatment for fevers, as it boosts the body’s protein levels.  An Australian study also showed that it stablizes blood sugar levels and promotes weight loss in obese rats.  Numerous studies since the 1930’s have shown that sugarcane juice has a protective effect against tooth decay, owing to its high mineral content. Here are some more of sugarcane juice’s healing effects:

If you’re interested in seeing how sugarcane juice is pressed, here’s a link to a short 2½ minute YouTube video that will give you a true appreciation for this wonder food.  Like all freshly extracted juices, sugarcane juice loses its nutritional value very quickly after being extracted, so it’s very difficult to bottle without heat pasteuriztion (which unfortunately destroys the live enzymes and most of the beneficial nutrients). 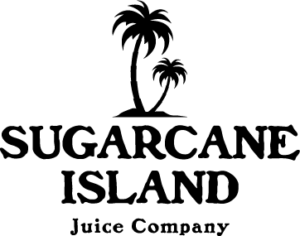 However, there is one company that is using a new type of pasteurization called High Pressure Processing (HPP), in which thousand of pounds of pressure are applied to the juice to kill harmul bacteria, but because no heat is used the sugarcane juice remains in its healthy raw state.  This is not a cheap or easy way to pasteurize, but its the only way to keep the juice truly raw.  The wonderful company that is making raw sugarcane juice available to everyone is called Sugarcane Island.  They are a small upcoming company based out of Brooklyn, New York .  Their bottled sugarcane juice is wonderful, as close to fresh pressed as you can get!  I’ve tried it, so I speak from first hand knowledge. They sell it on their website, and hopefully they’ll make it into natural food markets across the country someday soon.

There are some places around the country where you can get it fresh.  One place is called Raw Sugarcane Juice Bar, which has several southern California locations.  If you’re ever in the area and want to try some fresh raw sugarcane juice, you should check them out.  For locations and more info, go to www.sugarcanejuice.org. 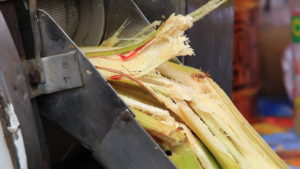 The reason raw sugarcane juice is so healthy is because of all of the life-giving nutrients contained in it.  In the processing of raw sugarcane juice to create refined white sugar, the juice is boiled to evaporate off the water, leaving a dark thick viscous liquid, which is then separated from the sugar crystals.  Most of the nutrients, including the polyphenols, end up in the thick dark liquid, called molasses. Blackstrap molasses, made from the third boiling of sugarcane juice, is the most concentrated form of molasses, and is therefore the most nutritious. It is a healthful sweetener that contains significant amounts of a variety of minerals that promote your health, including iron, calcium, copper, potassium, magnesium and manganese.

If you’re thinking that by just evaporating off the water you’ll get a product called “evaporated cane juice,” you’d be mostly wrong.  Organic Whole Cane Sugar or Sucanat, are the only types of raw unrefined sugar that do not separate the molasses from the sugar crystals, and therefore contain most of the nutrients, including the polyphenols, that are found in the raw sugarcane juice.  In the true sense of the term, they are evaporated forms of sugarcane juice, and are very dark course sugar crystals.  However, the term “evaporated cane juice” that you see listed on the ingredient lists of “healthy” food products IS NOT this type of sugar.  According to the CEO of ASSURKKAR Sugar Company in Costa Rica, which provides raw sugar to U.S. companies, the term is wrongly used in the food industry, “prostituted” he put it. “Nowadays the food companies are trying to sell more ‘natural’ products, so they use the most impressive or high impact wording to call the customers’ attention” he said. In reality, the “evaporated cane juice” that is used in food products is a very processed form of sugar, unequivocally the same as refined white sugar.  The only difference is that it goes through one less processing step than white sugar, and has nearly zero nutrients in it.  For more info on natural sugars, you can read my previous article The Skinny on Evaporated Cane Sugar. 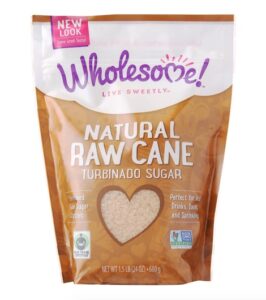 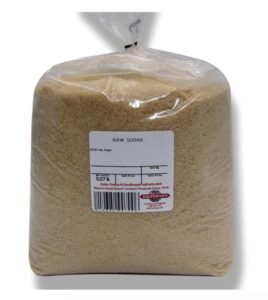