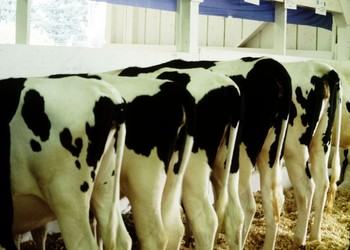 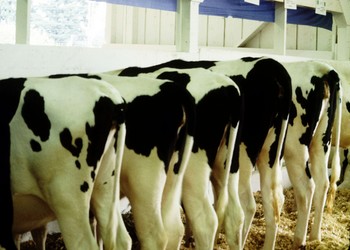 Now a study out of Harvard University shows that a naturally occurring hormone, called estrone sulfate, in milk from cows raised in factory farms is also causing cancers, particularly hormone-dependent cancers of the testes, prostate, and breast.

Dr. Ganmaa Davaasambuu, Ph.D., the lead author of the study, is quoted as saying in the Harvard University Gazette “The milk we drink today is quite unlike the milk our ancestors were drinking. The milk we drink today may not be nature’s perfect food.”  She and her Harvard colleagues compared raw milk from her native Mongolia to pasteurized milk produced from large scale feeding operations in the U.S. and other countries.

The milk our ancestors drank is more like the raw milk from traditional herding societies like Mongolia, where the cows are only milked for human consumption during certain times of a cow’s pregnancy or after the cow has given birth.

The concentration of estrone sulfate in the milk is low during the first four months of a cow’s pregnancy, but rises significantly in the later months of pregnancy, and then drops again after giving birth and while lactating.  For this reason, cows in traditional herding societies only milk their cows after they have given birth, for about five months out of a year.

The pasteurized milk that most people drink today is taken from cows raised in modern dairy farms where they are milked about 300 days a year.  For much of that time, the cows are pregnant.  The later in pregnancy a cow is, the higher the concentration of estrone sulfate in her milk, as well as much higher levels of other hormones.

They also conducted another study that looked at third-graders in Mongolia. After a month, the hormone levels jumped among the children fed commercial U.S. milk.

Earlier studies conducted by others have also shown that eating dairy heightens the risk of some cancers.  One study compared diet and cancer rates in 42 countries. It showed that milk and cheese consumption are strongly correlated to the incidence of testicular cancer among men ages 20 to 39. Rates were highest in places like Switzerland and Denmark, where cheese is a national food, and lowest in Algeria and other countries where dairy is not so widely consumed.1

Ganmaa is quoted as saying: “Cancer rates linked to dairy can change quickly. In the past 50 years in Japan, rising rates of dairy consumption are linked with rising death rates from prostate cancer – from near zero per 100,000 five decades ago to 7 per 100,000 today. Butter, meat, eggs, milk, and cheese are implicated in higher rates of hormone-dependent cancers in general. Breast cancer has been linked particularly to consumption of milk and cheese. In a rat study, rats fed milk show a higher incidence of cancer and develop a higher number of tumors than those who drank water.”2

These findings lead to many concerns about milk and dairy consumption.  Raw milk can be a supremely healthy food, which is why half a million Americans buy raw milk from local dairies.  In fact, raw grass-fed organic milk from cows milked at the proper times is linked to improved health by aiding in digestion from the active cultures present in the raw milk, healing autoimmune disorders, and boosting overall immunity, which can help prevent cancer.3

If you are concerned about the quality of the milk and dairy products you consume, you should strongly consider this evidence.  Switching to raw milk may be the best alternative. To find out more about raw milk and to find a dairy near you, go to www.rawmilk.org.