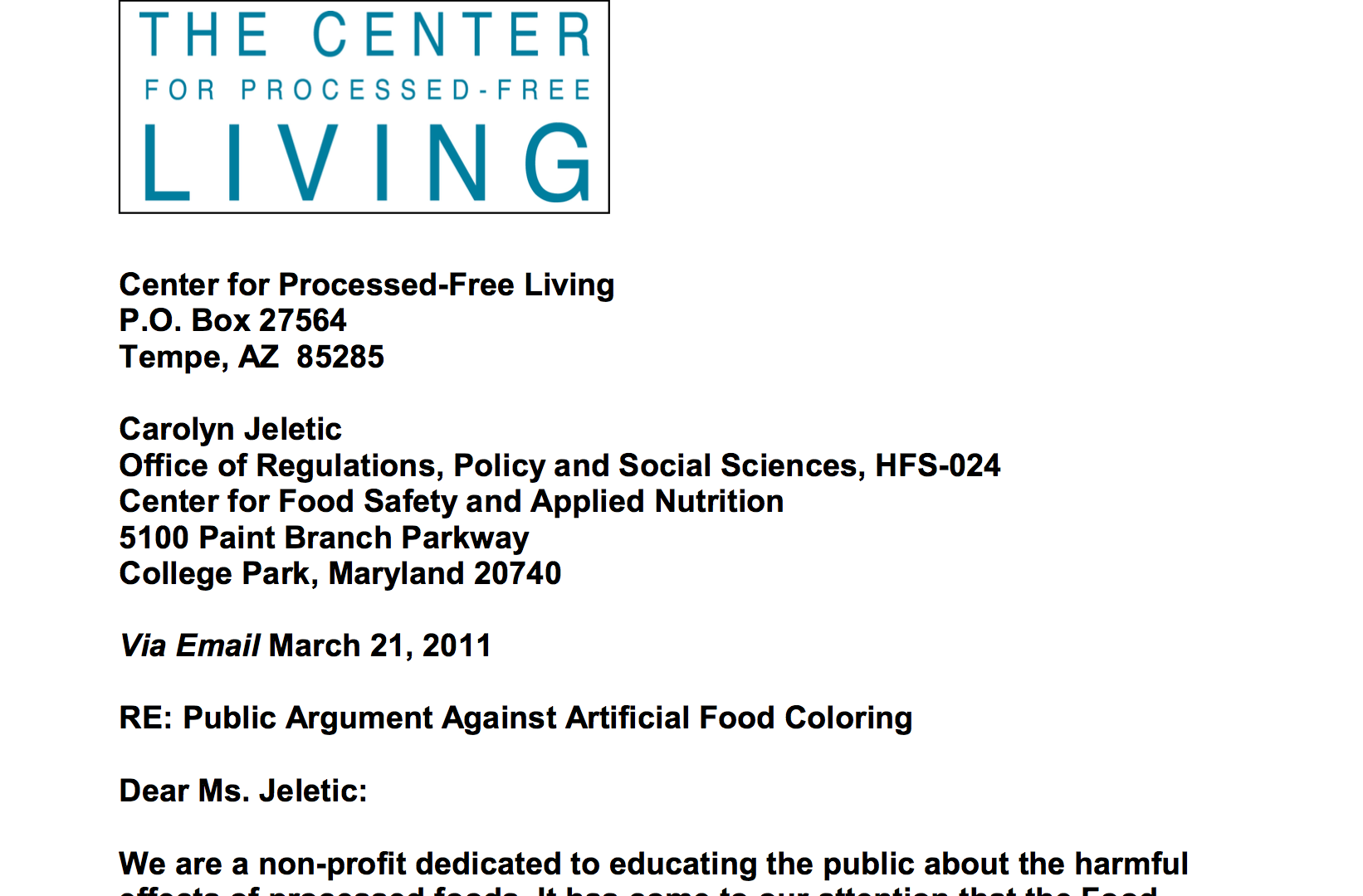 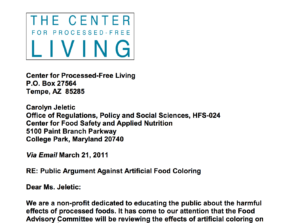 The Center for Processed-Free Living today submitted arguments against artificial food coloring to the U.S. Food and Drug Administration.  On March 30th and 31st, 2011, the FDA Food Advisory Committee will be discussing a link between children’s consumption of synthetic color additives in food and adverse effects on behavior. The letter and accompanying arguments can be found here: CenterPublicArgumentsAgainstArtificialColoringToFDA.

In addition to submitting their scientific arguments against artificial food coloring, the Center submitted 987 names of people who signed the Center’s petition against these colorings and other artificial additives.

Studies in 2004 and 2007 conducted by researchers at the University of Southampton concluded that specific mixtures of artificial colors increase hyperactivity in certain children. Based on these findings, the United Kindgom’s Food Standards Agency (FSA) determined there was enough evidence to recommend a ban on six food dyes, calling for their removal from all food and drink products in the United Kingdom by the end of 2009. Since the ban was enacted, the food industry has responded positively, replacing banned colors with natural pigments in products.

However, many of these same products are still sold in the United States using the original artificial food colors. The USFDA still claims they are safe, but consumer advocate groups disagree. In 2008 the Center for Science in the Public Interest (CSPI) petitioned the FDA to remove eight artificial colors from the nation’s food supply: Yellow 5, Red 40, Blue 1, Blue 2, Green 3, Orange B, Red 3 and Yellow 6. The CSPI maintains that all artificial colors should be avoided and that eliminating them from the food supply is the most effective public health approach.

“These artificial food colorings are not even necessary and are harmful particularly for our children,” said organic chemist and Center founder Dee McCaffrey, CDC. She adds, “there are several ways to create food coloring naturally, and if the industry can’t self-police itself to not poison our citizens, the FDA needs to step in.”