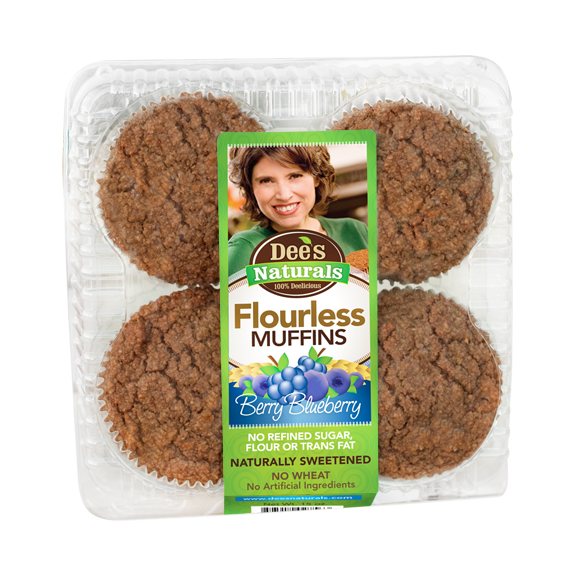 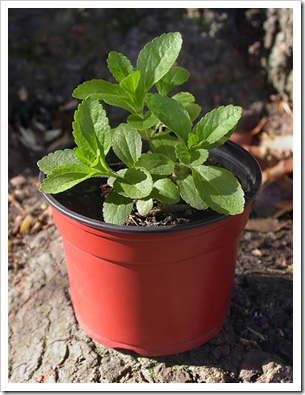 I’ve always been a fan of stevia. Back in 1997, a friend introduced me to it and I’ve been using it in my diet ever since.  Stevia has been enjoying a great consumer demand lately, which has both good and bad effects.  The good news is that many more people are benefitting from stevia’s numerous health virtues.  It truly is one of the healthiest sweeteners around, with no calories, no effect on blood sugar levels, and no negative health effects.  Numerous studies have even shown that it reduces high blood sugar, making it completely safe for diabetics.

All of this goodness is the reason I’ve always used stevia in my Dee’s Natural muffins home recipe.  Back in 2006, when I wanted to produce the muffins commercially, stevia had not yet received its GRAS (Generally Recognized as Safe) status by the U.S. FDA.  So I had to use white grape juice instead.

That was then, this is now…

In 2008 Wisdom Naturals Brands was the first company to obtain GRAS affirmation for their Sweet Leaf Stevia® Sweetener, and it is now available for food manufacturers to use in ready-to-eat products.  They are also the only company that extracts the sweet compounds (called glycosides) from stevia leaves in a completely natural way, using only a cool water process and absolutely no chemicals (many other companies extract the glycosides using alcohols).  Finally, I’ve been able to officially produce my commercial muffins the way I’ve always wanted to–using Sweet Leaf Stevia® as my preferred sweetener.

If you’ve heard negative information about stevia, such as contraceptive concerns, growth stunting, or cancer causing activity, please know that those few studies were either flawed in their protocol or their results have not been able to be reproduced.1  The inability to reproduce data using the same protocol indicates that the findings are not sound, or that more studies are needed to validate the findings.  More recent studies have established the safety of stevia. 2,3   In 2006, the World Health Organization (WHO) performed a thorough evaluation of recent experimental studies of stevia extracts conducted on animals and humans, and concluded that “stevioside and rebaudioside A are not genotoxic in petri dishes or in animals.4  The WHO also found no evidence of carcinogenic activity from the use of stevia. The report also noted that not only is stevia safe to consume, it has also shown some evidence of signficiant health benefits, such as lowering blood pressure and improving diabetes, although more studies are needed to determine proper dosage.

The WHO’s Joint Experts Committee on Food Additives has approved an Acceptable Daily Intake (ADI) of steviol glycosides of up to 4 milligrams per kilogram of body weight, which is the amount of stevia that is considered safe for an individual to consume daily over the course of a lifetime.5 This translates into 12 mg/kg body weight per day of steviol glycosides, which are the sweet tasting components of stevia leaf extract used in foods and beverages. This means that a 150-pound  person can safely consume 816 mg of stevia leaf extract every day over his or her lifetime without any adverse health effect. To put this amount into perspective, the amount of stevia leaf extract in Vitamin Water Zero Glow sold by The Coca-Cola Company in the U.S. is 60 mg per twelve fluid ounce serving.  Furthermore, iIf one were to replace all added sugars in the typical American Diet (131 grams) with an equivalent amount of stevia extracts to give the food the same sweetness, less than 436 mg of steviol glycosides would be required, which is well below the established Acceptable Daily Intake.

The type of stevia we use in Dee’s Naturals Muffins is a dry extract.  In my home use, I personally prefer to use the liquid extracts.  Some people have asked how green stevia leaves are made into clear extracts and white powders.  The answer comes from Jim May himself, the founder of Wisdom Naturals and SweetLeaf Stevia:

The stevia herb is green because, like all green plants, it contains chlorophyll. The stevia leaves are soaked in cool water and over a period of soaking time, all the nutrients are extracted. They then use a series of filters of various molecular pores (sizes) which can extract various compounds and separate them. They end up with the four most desirable stevia glycosides, the sweet compounds in the leaves.   When they are separated, the remaining product is a white powder because the chlorophyll has been removed. No bleaches or chemicals ever touch the product.  The powder is then blended with inulin, a natural plant fiber from chicory root.

When you see this type of stevia listed as an ingredient on a food product, it will say “Stevia” or “Stevia Powder.”  This is not to be confused with other stevia derivatives called “Rebiana”, which is a manipulated stevia compound that is produced through a chemical reaction with only one of the stevia glycosides.  Rebiana is not true stevia, even though that is what the public has been led to believe.  Rebiana is part of the sweeteners called Truvia and Purevia, which are not healthy sweeteners in my book. 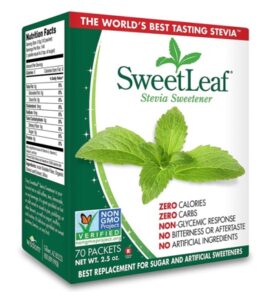