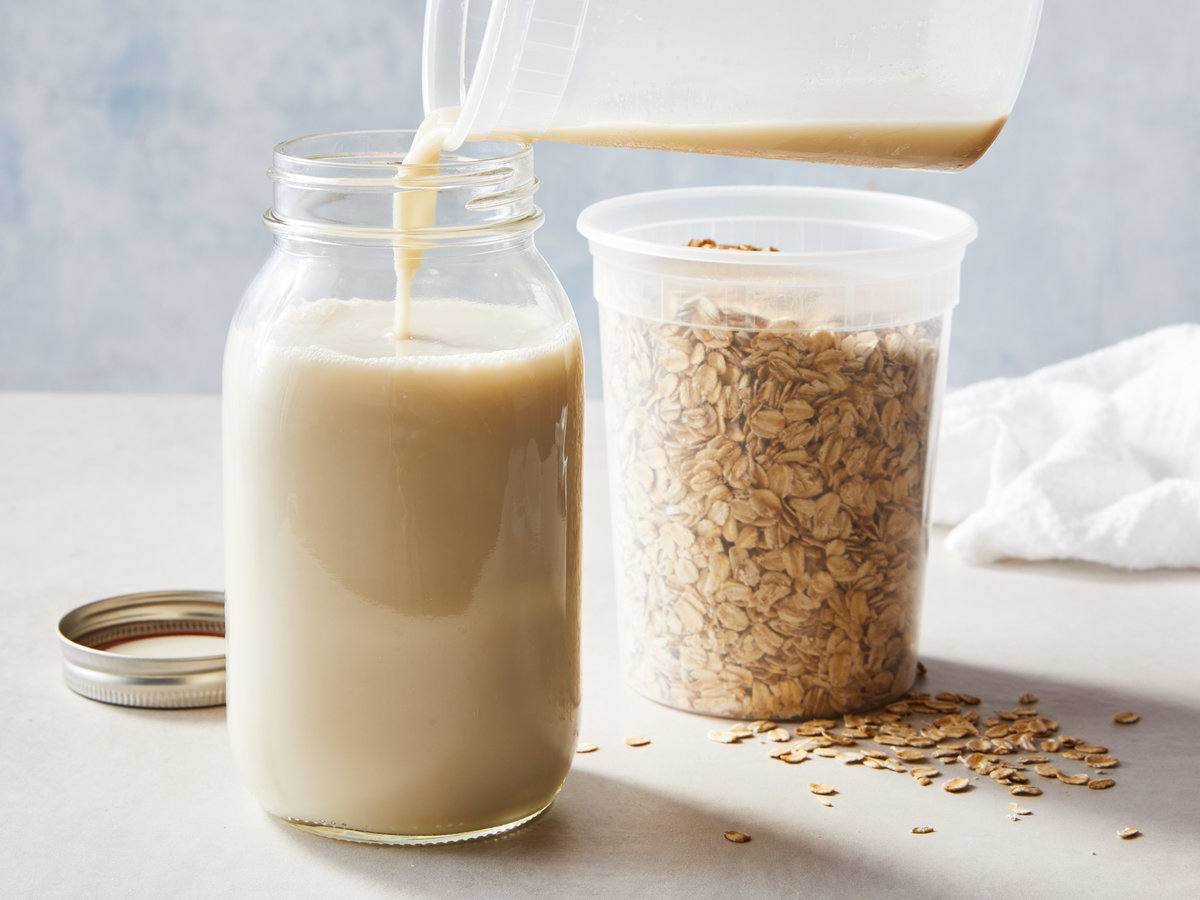 Oat milk is one of the newest members of the “alt-milk” community–known especially for its creamy frothiness in coffee shop espresso drinks. But is it healthy, and what’s the best way to consume it?

Unlike almond milk and other nut-based non-dairy milks that have been produced and consumed for hundreds of years, oat milk is a relatively new product. It was created in the 1990s by Rickard Öste, a Swedish scientist who was researching lactose intolerance and exploring alternatives to cow milk. In the mid-1990’s, Öste founded a European oat milk company called Oatly, which took Europe’s non-dairy milk market by storm before it was introduced to the US market.

For those who want to make their own oat milk, it’s fairly easy. Rolled oats can be blended with water in a blender, and then strained through fine mesh or cheesecloth to get a creamy milk.

The Oatly company makes their oat milk a bit differently than you would at home.

First, the oats go through a process that uses enzymes to break down the oat starches and retains the oat fiber in the final product. Other companies start the process with an oat powder that is rehydrated, while others are fortified with an oat syrup.

One downside that I see with Oatly and many other oat milk companies is that they combine their oat milk with canola oil or another vegetable oil to emulsify the mixture and give it body and thickness similar to whole milk.

Another downside is the addition of minerals and synthetic vitamins, such as calcium, potassium, iron, and vitamins A, B2, B12 and D in forms that are poorly absorbed by the human body.

The upside of oat milk is that it can be made at home with gluten-free oats, so it’s a great alternative to those with nut or gluten allergies. It also contains beta-glucans — the soluble fiber that makes oats famous for its cholesterol-lowering properties and heart health benefits.

The bottom line is that oat milk can be a great alternative to cow’s milk if you make it yourself. If you’re buying it pre-made, read the ingredient list carefully to avoid added oils.