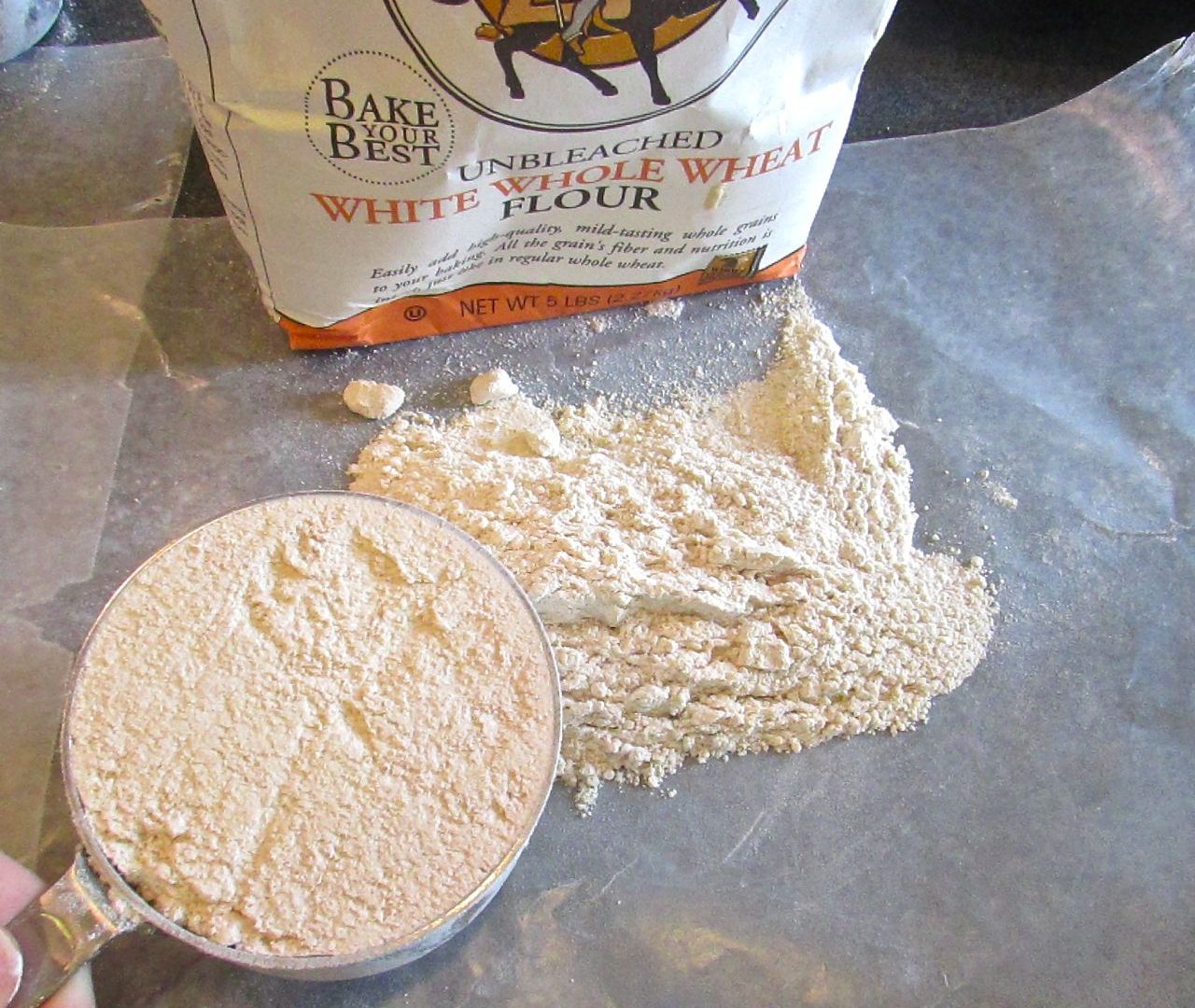 Refined white flour is the bane of weight loss and good health. It is a highly processed form of wheat flour that is derived by removing the fibers (bran and germ) from hard red winter wheat berries. The remaining starchy part of the wheat berry is then milled and bleached to remove its original brown color. During this refinement process, all of the nutrients are destroyed, which is why refined white flour is so unhealthy.

Traditionally, the alternative to processed refined white flour has been unrefined whole-wheat flour. Traditional whole-wheat flour is dark brown in color with a dense texture and taste. It is milled from “hard red wheat berries,” retaining all of the wheat bran and wheat germ-meaning that it is high in nutrients and fiber. Nothing is taken out, and nothing is added to the flour. However, some people find the color and taste of traditional whole wheat unpleasant, and refuse to switch to this healthier form of wheat.

Traditional whole wheat contains compounds in the outer bran called tannins and phenolic acid that give it a somewhat bitter taste. The

chemicals that give red wheat its bitter taste are actually part of the plant’s protection system. They appear to confer a certain pest resistance because they don’t taste very good.

White wheat doesn’t have those compounds, and it has a sweeter taste in comparison to traditional whole wheat and also means that products made with white wheat require less added sweetener to attain the same level of perceived sweetness. 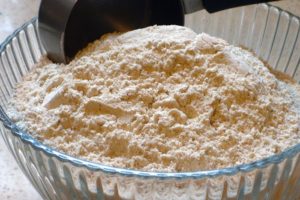 Gerry Newman of the Albemarle Baking Company in Charlottesville, Va., uses white whole-wheat flour in his sourdough. “When you cut it open, it has a more golden color rather than the harsh red color,” he says. “People are sure there must be honey in there. When we tell them it’s just flour, water and salt, they have a hard time believing it.”

Demand for White Whole-Wheat is On the Rise

If white whole-wheat flour is more appetizing to American palates than the traditional whole-wheat made from the red wheat berries, why haven’t we been using it in wheat products all along? The answer is that white wheat has not been a major crop in the U.S. until recently, which is why it is not well known. Red wheat became the primary U.S. wheat crop because it was the variety of wheat brought to the Great Plains in the 1870’s by Mennonite immigrants from Germany and Russia.

White wheat is common in Britain and is the principal type of wheat grown in Australia, but different varieties needed to be developed through cross hybridization to match the different growing conditions in the U.S. Much of the early cross-breeding for U.S. varieties of white wheat was done at Kansas State University, and early crops were commercialized by the American White Wheat Producer’s Association. Today AWWPA is known as “Farmer’s Direct”-a cooperative of over 300 producer members who have been working for almost two decades to grow and popularize white wheat. Several manufacturers, including King Arthur and Hodgson Mill have been selling white wheat in retail markets since the early 1990’s. 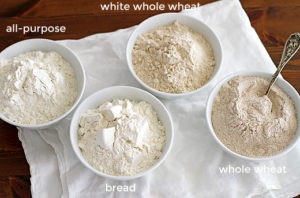 According to the USDA, white wheat accounts for at most 10-15% of America’s total wheat crop. However, this proportion is changing rapidly, as demand for white wheat is increasing in the U.S. at the same time that U.S. red wheat exports have been on the decline. It is largely a serendipity that the earlier drive to develop varieties of white wheat suited to the U.S. growing conditions has resulted in greater availability of the white wheat option just as whole grain consumption and interest has risen.

In the U.S., many breads are made with white whole-wheat including, Wonder (IBC) and Pepperidge Farm. Interstate Bakeries, one of the nation’s largest, uses white whole-wheat flour in Home Pride Honey Whole Wheat and Baker’s Inn Harvest Multigrain. Sara Lee uses white wheat in its Delightful plain bagels. A word of caution however, many of these bread products also contain some refined white flour, some form of sugar, and a load of artificial ingredients and preservatives. 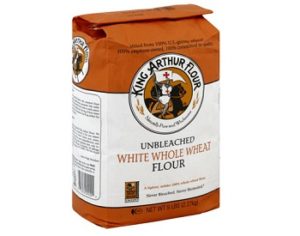 You can purchase white whole-wheat flour in natural food markets. It can also be mail-ordered from a few outlets, including King Arthur Flour in Vermont, Hodgson Mill in the Ozarks and the American White Wheat Producers Association in Kansas.