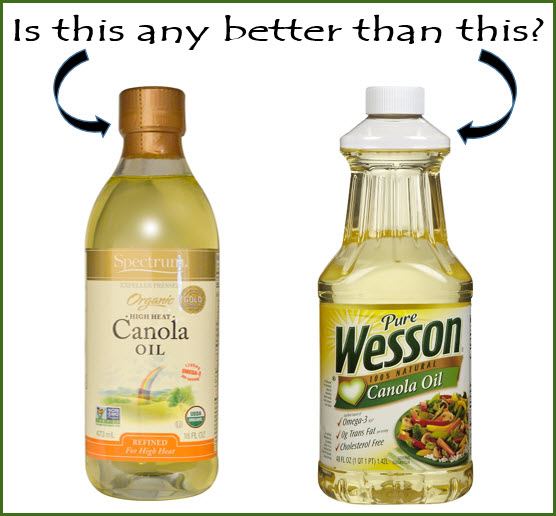 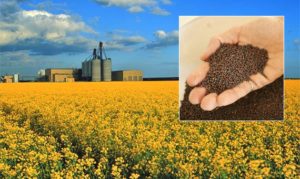 If you are like most Americans, you believe canola oil is the best oil to use for cooking.  Restaurants proudly tout they only use “healthy” canola oil.  Nearly every cookbook on the market includes canola oil in its recipes.  Check the ingredients of nearly every packaged food, and you will find canola oil ranking high on the list. The marketers of canola oil have claimed that it is the perfect oil, owing to its low saturated fat content, high monounsaturated fat content, and a bonus omega-3 content, making it particularly beneficial for the prevention of heart disease. Sadly, we have been subjected to a twisted truth.
 
Canola oil has a hidden history.  As mentioned earlier, the incidence of heart disease rose sharply from the 1930’s on. By the mid 1980’s, the high mortality rates from heart attacks had the medical community in a tizzy, and the media was having a field day.  The food industry had a major problem. In collusion with the American Heart Association, numerous government agencies and departments of nutrition at major universities, the food industry had been promoting polyunsaturated oils as a heart-healthy alternative to “artery-clogging” saturated fats since the 1930’s. Unfortunately, it had become increasingly clear that polyunsaturated oils, particularly corn oil and soybean oil, cause numerous health problems, including and especially cancer.1

The food industry was in a quandary. In the face of mounting evidence of their dangers, it was becoming hard to convince the public that polyunsaturated oils were safe to eat. The industry couldn’t go back to using traditional fats like butter and tropical oils without also causing a public scare.  Besides, traditional fats are way too expensive to allow for the huge profit margins the industry had been enjoying thus far.  They were losing lots of money and needed to come up with a new plan.

Their plan was to convince the public to use a “new” monounsaturated oil.  Studies had shown that olive oil, a monounsaturated oil, has a “better” effect than polyunsaturated oils on cholesterol levels and other blood parameters. Besides, Ancel Keys and others had popularized the notion that the Mediterranean diet “rich in olive oil” protected against heart disease and ensured a long and healthy life.2

Promotion of olive oil, with its long history of food use, seemed more scientifically sound to health-conscious consumers than the promotion of corn and soy oil, which had never been used in the history of humanity and could only be extracted with modern stainless steel presses and chemical processing. The problem for the industry was that there was not enough olive oil in the world to meet its needs. And, like butter and other traditional fats, olive oil was too expensive to use in most processed foods. The industry needed a less expensive monounsaturated oil.  That’s when the new wonder oil “canola oil” stepped on to the scene.3

There’s No Such Thing As a Canola

The real name of canola oil is rapeseed oil (there is no such thing as a canola).  The natural, untainted rape seed is high in heart healthy monounsaturated fats and also contains omega-3 fats.  The problem is that about two-thirds of the monounsaturated fat in natural untainted rape seed is a type called erucic acid, that had been associated with heart lesions and other ailments.  In order to remove the erucic acid, Canadian plant breeders had to genetically modify the rapeseed using a seed splitting technique to create a mutation, called LEAR, or Low Erucic Acid Rapeseed.

The new oil, called LEAR oil, was slow to catch on in the United States. In order to make it marketable, it had to be renamed. Neither “LEAR” oil or “Rape” oil were very enticing names, so the industry settled on “canola,” for “Canadian oil,” since most of the modified rapeseed at that time was grown in Canada.

The industry had managed to manipulate the science (genetic engineering of the rape seed) to make a perfect oil: very low in saturated fat and rich in monounsaturated fat.  As a bonus, canola oil contains about 10 percent omega-3 fatty acids, which had been shown to be beneficial for the heart and immune system.  Since most Americans are deficient in omega-3 fats, the oil was a dream-come-true for health-conscious consumers.  But how healthy is it really?

While rapeseed has been used as a source of oil since ancient times in China and India, the way it was historically pressed from the seed (small stone presses that press out the oil at low temperatures) rendered a fresh healthy oil that was consumed immediately.  It has even been proven by recent studies that the erucic acid in rapeseed oil does not create heart lesions, as long as a significant amount of saturated fat is also part of the diet. In fact, erucic acid is helpful in the treatment of the wasting disease adrenoleukodystrophy and was the magic ingredient in Lorenzo’s oil.4

However, the way we now process canola oil, and most other oils for that matter, is a different thing entirely, rendering them very unhealthy.  Because canola oil, and all modern vegetable and seed oils, are so unstable, it is nearly impossible to keep them from turning rancid.  So they have to be highly processed and refined at high heat (400 to 500 degrees) and treated with chemical solvents like hexane, a fluid also used in dry cleaning.  Traces of hexane remain in the oil, even after considerable refining.  The refinement process involves bleaching and degumming, which require the use of additional chemicals of questionable safety.

Canola oil contains a good amount of omega-3 fats, which easily become rancid and foul smelling when subjected to oxygen and high heat, so the oil has to be deodorized.  The deodorization process removes a large portion of the omega-3 fats by turning them into trans-fats. Trans-fats are formed at 320 degrees, so imagine how much damage is done at 400 to 500 degrees.  Although the Canadian government lists the trans-fat content of canola oil at a minimal 0.2 percent, research at the University of Florida at Gainesville, found trans-fat levels as high as 4.6 percent in commercial liquid canola oil. The consumer has no clue about the presence of trans-fats in canola oil because they are not listed on the label.5

Similar to the refinement of sugar and flour, anything good that was in the original oil, such as vitamins, antioxidants and other nutrients are all destroyed in the oil refinement process.  The remaining “pure” oil is tasteless, and by the time that bottle of oil ends up on your supermarket shelf, it’s full of trans-fats and free radicals (the dangers of trans-fat and free radicals are discussed later in this chapter).  The kicker is that once you buy this oil and take it home, you also heat it very high when you cook or bake, destroying it even further!  It is also important to point out here, that even expeller-pressed canola oil, which is sold in health food stores and often used in “health foods,” is still subject to rancidity.  Even though the oil is pressed with no heat, the omega-3 fats in canola oil quickly turn to free radicals when they are exposed to air, light and heat.  Cooking with expeller-pressed canola oil renders it unhealthy.

Liquid canola oil is easily changed by a chemical reaction into partially hydrogenated canola oil (a dangerous trans-fat), which is the type of canola oil used in processed foods. This canola oil contains up to 40 percent trans-fats.  Almost all restaurants use the partially hydrogenated form of canola oil; so don’t be fooled by those “we only use canola oil” claims.  These high levels of trans-fats allow for a longer shelf life for processed foods, a crispier texture in cookies and crackers, and more dangers of chronic disease for anyone who eats those foods.

The widespread acceptance of canola oil and its “heart healthy” claims come at a high price.  Even those new fangled improved “margarines” made with canola oil and soybean oil are a lie.  They’re highly processed fake foods that have lost whatever claim they originally had to any health properties.  Do yourself a favor, and avoid canola oil at all costs.  Eat real butter, cook with extra-virgin coconut oil, and use extra-virgin olive oil for salad dressings. 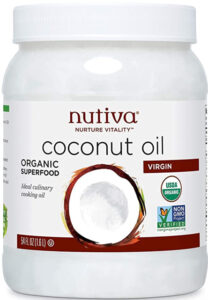 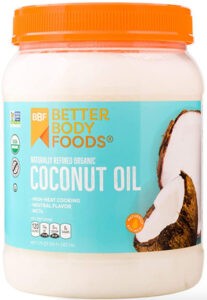 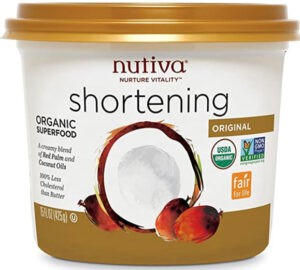 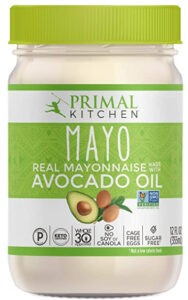 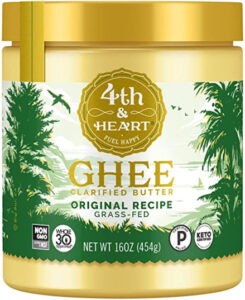