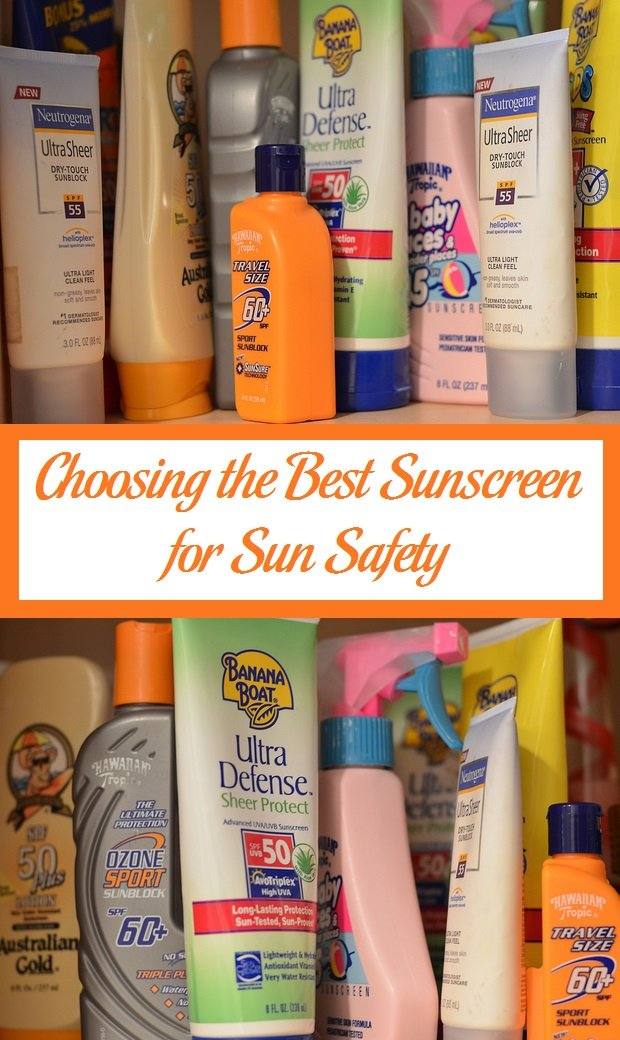 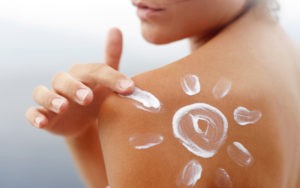 We’ve all been warned not to spend too much time in direct sunlight, for fear of the sun’s dangerous UV rays that can potentially cause skin cancer. As a result, Americans have been lathering up with high SPF lotions. While it is not recommended to spend hours on end in the sun without protection, research has shown that many suncreens don’t offer appropriate protection from the sun and many of them contain unsafe toxic ingredients that may render the lotions themselves carcinogens.

The active ingredients in sunscreens are compounds that absorb, reflect, or block ultraviolet (UV) light. Ultraviolet light from the sun comes in two main wavelengths-UVA and UVB. It’s important for you to understand the differences between the two. UVB is the “helpful” type of sunlight that is needed by your body to produce vitamin D.

UVA is the “harmful” type of sunlight because it penetrates deeply into your skin and causes sunburn and free radical damage to your cells. In addition, UVA rays are constant during all hours of the day, from sunrise to sunset, and can still be dangerous even on cloudy days. If you’ve ever gotten a scortching sunburn on a cloudy day, now you know why, it’s because UVA rays are deeply penetrating and you may not notice you are getting burned until it is too late.

UVB rays are less harmful because they are very low in the morning and evening, and highest at midday between the hours of 10 AM and 2 PM. Clouds can greatly diminish our exposure to UVB rays, which can affect our body’s ability to generate vitamin D on overcast days.

Scientists are not even sure whether sunscreen prevents against melanoma (skin cancer) in the first place. They’ve suggested that sunscreen may prevent sunburn, but may fail to actually protect against cancer because most sunscreens only screen out UVB, not the UVA that causes most of the damage. Additionally, wearing sunscreen effectively blocks your body’s production of vitamin D. In fact, sunscreens reduce vitamin D production by as much as 97.5 to 99.9 percent. This is a dangerous harmful effect, as new studies now show that vitamin D deficiencies lead to other more serious types of cancer. 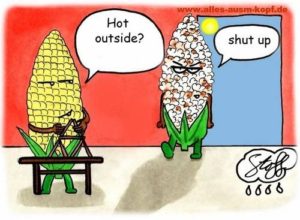 A study in the April 2004 Journal of Chromatography found that there was significant penetration into the skin of all sunscreen agents they studied. The bodies of nearly all Americans are contaminated with a sunscreen chemical that has been linked to allergies, hormone disruption, and cell damage, according to a study from the Centers for Disease Control (CDC). A companion study from the Mt. Sinai School of Medicine found that the same chemical is linked to low birth weight in baby girls whose mothers are exposed during pregnancy.

That chemical is called oxybenzone, a hormone disruptor approved by the FDA as an active ingredient in sunscreen. A study by Environmental Working Group (EWG) found that nearly 600 sunscreens sold in the U.S. contain oxybenzone, including products by Hawaiian Tropic, Coppertone, and Banana Boat. Although oxybenzone is most common in sunscreen, companies also use the toxic chemical in at least 567 other personal care products, including lip balm, lipstick, moisturizers and fragrance for women.

Absorption of carcinogenic compounds like oxybenzone through the skin may in fact be worse for your health than ingesting it, because it goes straight into your blood stream. Additionally, oxybenzone is also known to be one of the most powerful free radical generators known to man. Free radicals are harmful compounds which attack healthy cells in the body and lead to the formation of cancer cells.

Are There Any Safe Sunscreens?

When deciding upon a sunscreen product, look for two natural non-toxic ingredients that deflect both UVB and the more damaging UVA rays. They are called titanium dioxide and zinc oxide and they’ve been used all over the world for over 75 years as safe sunscreens. Avoid sunscreens containing oxybenzone, dioxybenzone, and other undesirables like parabens, synthetic fragrance, and dyes.

The good news is that many companies are now introducing safer sunscreens using plant- and mineral-based ingredients and without chemical additives. Some of the best, according to the EWG’s safe sunscreen list, are Alba Botanica Sun’s Fragrance-Free Mineral Sunscreen, Badger’s Baby Broad Spectrum SPF 30 Sunscreen, Neutrogena Sheer Zinc Dry Touch Sunscreen SPF 50, Badger Broad Spectrum SPF 30 Sunscreen, and Kabana’s Green Screen SPF 32. Click below for what I was able to find online. 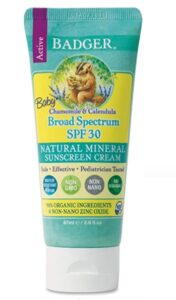