Sugar is in the news again, and I don’t think we’re going to stop hearing about it any time soon. A new study published in the journal Nature Communications examined the effects of sugar intake among mice–at levels currently considered to be safe–and the results are quite shocking. As it turns out, these “safe” levels of sugar actually have some serious detrimental effects. 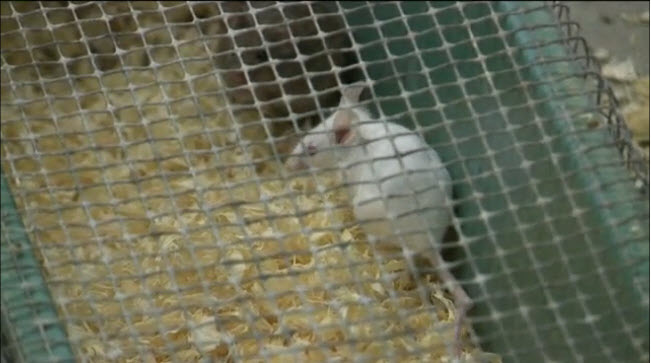 Anyone who has read my books knows that I don’t consider any amount of refined sugar “safe” for human consumption—and the scientific research into sugar’s effects on the body continue to support my view.

The study, conducted at the University of Utah, fed mice a daily diet of 25 percent extra sugar—the equivalent of a healthy human diet plus three cans (36 fluid ounces) of sugar-sweetened soda. That’s about the size of a typical convenience store or fast food large fountain drink.

The study was conducted over one year, the average life span for a typical laboratory mouse. So in effect, this was a lifelong study on the animals to look at the effects of chronic sugar consumption. The study results showed that consuming 25 percent more sugar (an amount that is currently considered safe for humans) changed the way mice lived in a contained, natural habitat.

The findings showed that the mortality rate in female mice went from 17 percent to 35 percent (meaning they were twice as likely to die) and male mice produced 25 percent fewer offspring compared to mice on a controlled diet.

James Ruff, a post-doctoral student involved with the study, said the sugar increase was bad for the rodents. “The sugar has done something to their physiological systems that make them worse at competing–worse at dealing with the day-to-day struggles of mouse life. It makes the male not be able to give it their all every day in order to defend and maintain their territories, and it makes it harder for the females to do the incredibly intensive things they have to do–forage for food, gestate, and take care of their pups, which is incredibly taxing,” he said.

Despite the added sugar, the mice didn’t become obese or demonstrate significant metabolic symptoms. However, the types of effects the researchers did see were just as harmful to the mice’s health as the type of health problems that arise from being the inbred offspring of two cousins. A study on inbred mice was also performed, and researchers said the effects of increased sugar were similar to what was seen among inbred mice. Both the inbred mice and the mice on the added sugar diet lost about 30 percent of their health and fitness and reproductive output.

The study’s senior author, biology professor Wayne Potts, said the impact of the sugar was more significant than he expected and stressed the relevancy of the study to humans. “I was surprised how big the effect was that we are actually talking about mortality,” he said. “That’s a pretty big kind of end-point.” “Our results provide evidence that added sugar consumed at concentrations currently considered safe exerts dramatic adverse impacts on mammalian health,” Potts said in a press release. “I have reduced refined sugar intake and encouraged my family to do the same,” he added.

Currently, the National Research Council recommends that added sugar should not account for more than 25 percent of a person’s diet. That does not include naturally occurring sugar found in fruits, vegetables or other non-processed food. Thirteen to 25 percent of Americans consume a dose of added sugar equivalent to that used in the study, Potts said.

The University of Utah researchers said that while mice and humans have different physiological makeups, they are close enough that the side effects of sugar might be something people should consider eliminating from their diet. The results indicate that we need to learn a lot more about what sugar is doing to metabolic mechanisms, and that follow up studies are necessary.

So what to do with a sweet tooth? Use stevia, or other natural sweeteners that have not been shown to have detrimental effects on health.