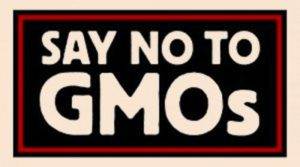 How To Avoid Foods Made With GMOs

Genetically Modified Organisms (GMOs) are made by transferring genes from one species, such as bacteria, viruses, or animals, into the DNA of other species, such as corn.  GM foods are linked to toxic and allergic reactions, sick, sterile, and dead livestock, and damage to virtually every organ studied in lab animals. They are banned by food manufacturers in Europe and elsewhere, yet GMOs are present in the vast majority of processed foods in the U.S.

Most Americans say they would not eat brands if they were labeled as GMO, but unlike most other industrialized countries, the U.S. does not require labeling.  Therefore, we have to become educated shoppers so that we can avoid GMOs in our food products.

The following shopping tips will help you determine which foods and products contain GMOs and which don’t:

Most GMO ingredients are products made from the Big Four: soybeans, canola (rapeseeds), corn, and cotton (cottonseed oil) used in processed foods.

Most soy milk does not contain GMOs.

Cotton – About 93% of the cotton grown in the U.S. is genetically modified.  The most common food use is cottonseed oil.  Cottonseed oil may be found in fried snack foods like chips, and in things like roasted nuts, trail mixes, and other snack foods.

Corn – About 90% of the corn grown in the U.S. is genetically modified.  One of the most common uses of GMO corn is High Fructose Corn Syrup, which is used to sweeten sodas, cereals, cookies, candy, salad dressings, soups, spaghetti sauces, and about 1,000 other products. You must also consider that GMO corn is used to make breads, cereals, tortillas, tortilla chips, snack foods, and many other corn-based products.

The three minor GMO crops are Hawaiian Papaya, and a small amount of zucchini and yellow crookneck squash.

Shopping Tip #2 Fill Up on Fruits and Vegetables

There are only a few fresh fruits and vegetables for sale in the U.S. that are genetically modified, therefore you can feel safe eating an abundance of them.  Novel products such as seedless watermelons, pear/apple combos, broccoflower, and tangelos are the products of natural breeding and are NOT genetically modified.

If you’re wondering how to tell if the produce you are buying is GMO, look at those annoying little stickers that they put on produce.  The stickers are part of an international PLU (price look-up) system grocers use to make check-out and inventory control easier.  If the item is GMO, it will have a five-digit number beginning with an 8.

Because there are no requirements for labeling of GMO’s, there is no way of knowing if the ingredients in packaged or canned foods have been genetically modified, unless they are organic.  Organically grown foods are not genetically modified, therefore food products that are certified organic are not allowed to contain any GMOs.

There are three types of organic labeling on food products, based on the percentage of organic content:

1.  100 Percent Organic -A product labeled “100 Percent Organic” must contain 100 percent organically produced ingredients, not counting added water and salt.  These products display the USDA Organic Seal on the label and are not allowed to contain GMOs.

2.  Organic – A product labeled “Organic” must contain at least 95% organic content by weight (excluding water and salt) and cannot contain added sulfites.  These products also display the USDA Organic Seal on the label and are not allowed to contain GMOs.

Although there are no laws requiring companies to label their products if they contain GMOs, some companies may voluntarily label their products as “non-GMO”.  Some labels state ‘non-GMO” while others spell out “Made Without Genetically Modified Ingredients.  Some products limit their claim to only one particular “At Risk” ingredient, such as soy derivatives like soy flour or vegetable protein, listing that ingredient as “non-GMO”.

Some U.S. Dairy farms inject the genetically engineered growth hormone rbGH, also called rbST, into their cows to boost milk production – so be sure to purchase products with a label that indicates the milk comes from cows non treated with rbGH or rbST.

Researchers are analyzing the effect rbST has on natural hormones that are transferred from the cow into the milk.  One of these, called insulin-like growth factor 1 (IGF-1), may, at high levels, be associated with an increased risk of breast, colorectal, and lung cancers in people, according to studies by Brigham and Women’s Hospital and other medical centers.

Organic milk and milk products, such as yogurt, cream, ice cream, butter, and cheese, do not contain GMOs – therefore it is recommended to consume organic dairy products as much as possible.

There are no genetically modified fish, fowl, or livestock yet approved for human consumption.  However, plenty of non-organic foods are produced from animals who are raised on GMO feed such as grains like corn.  Look for wild rather than farmed fish to avoid fish raised on genetically modified feed, and 100% grass-fed animals.