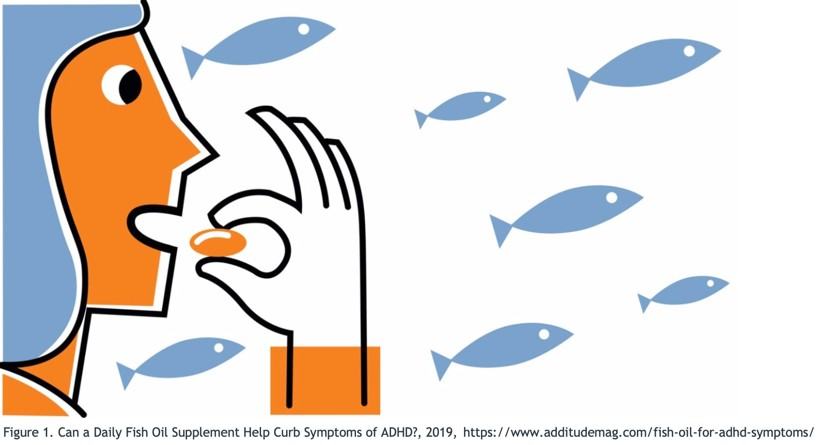 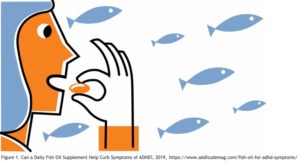 The human brain is made up of nearly 60 percent fat. In recent years, scientists have learned that two of the most crucial fatty acids responsible for optimal functioning of the brain are the long chain omega-3’s found mainly in cold water fish—namely EPA (eicosapentaenoic acid) and DHA (docosahexaenoic acid).

When blood levels of EPA and DHA are optimized, in conjunction with a nutrient-rich balanced diet, the brain is well supported for peak performance. But if levels of EPA and DHA are low, the transmission of information among brain cells that supports clear thinking, sharp focus, attentiveness, and control of emotions and actions is hindered, increasing the risk of developing ADHD (Kiliaan & Königs, 2016).

ADHD is an acronym for attention deficit hyperactivity disorder—a neurological disorder that affects the regions in the brain that help us plan, focus on, and execute tasks. ADHD affects 9.4% percent of children (6.1 million) and 2.5 percent of adults worldwide (Danielson et al., 2018; Simon et al., 2009).

The symptoms of ADHD include ongoing patterns of inattention and/or hyperactivity and impulsivity that are severe, persistent, and interfere with functioning or development. It is typically diagnosed in children between the ages of three and six, and symptoms may persist throughout adolescence and adulthood, though often less severe.

The Diagnostic and Statistical Manual of Mental Disorders, 5th Edition: DSM-5 categorizes three sub-types of ADHD based on which behavior is more pervasive:

• Predominantly hyperactive-impulsive type
People of this sub-type are constantly moving—they squirm, fidget, tap, talk, and have a difficult time sitting still. They interrupt others, blurt out answers, and struggle with self-control. In adults, it may be extreme restlessness or wearing others out with constant activity.

• Predominantly inattentive type
These people have difficulty staying focused and following detailed instructions. As a result, they make careless mistakes. They are forgetful, easily distracted, and often lose things.

The onset of ADHD typically occurs between the ages of 3 and 6, but symptoms can persist throughout one’s life. Hyperactivity lessens in adolescence, but problems with inattention, disorganization, and poor impulse control often continue through the teen years and into adulthood (National Institute of Mental Health, 2019).

Causes of ADHD
The specific causes of ADHD remain unclear, however, as with other disorders and diseases it is believed that a combination of genetic and environmental factors play a role in its development, including:

There is a higher prevalence of ADHD among males, and affected females tend to be predominantly inattentive types. Comorbid conditions, such as anxiety disorder, learning disabilities, depression, and substance abuse, are common in people with ADHD. (Thapar, Cooper, Jefferies & Stergiakouli, 2011).

Studies show that children diagnosed with ADHD have on average 38 percent lower blood levels of omega-3’s and more defiance, hostility, mood swings, and learning difficulties than in children without the disorder. It has also been shown that 60 to 70 percent of children with ADHD have a genetic variant that inhibits the body’s ability to convert short chain omega-3’s into the crucial long chain omega-3’s, EPA and DHA (Hawkey & Nigg, 2014).

In light of these findings, 16 research studies have shown that supplementing the diet with omega-3’s from fish oil consistently lessens inattention, hyperactivity, disobedience, and hostility — and improves spelling and short-term recall (Kiliaan, & Königs, 2016).

How Much Fish Oil is Needed?

Recommended dosages are about 1,000 milligrams for children and up to 3,000 milligrams for adults, with higher amounts of EPA than DHA (Tanzi, M. G., 2012). Look for pharmaceutical grade products that are free of mercury and other contaminants.

Equally important is striking the right balance between omega-3 and omega-6 fatty acids in the diet, keeping a ratio of about four to one. An excess of omega-6 can negate the benefits of omega-3’s.

Fish oil is often used as an adjunct to ADHD medications, and like most food therapies, takes up to three months to see results. Talk with your health care provider to discover the optimum dosage for you.

LINK TO DEE’S PODCAST ON THIS SUBJECT 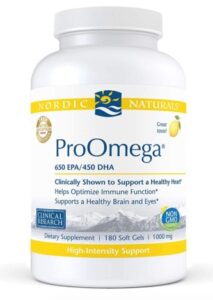 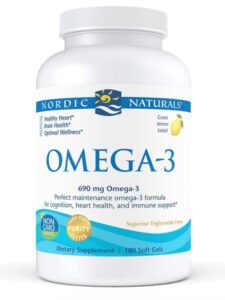 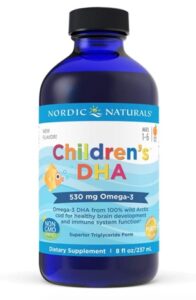