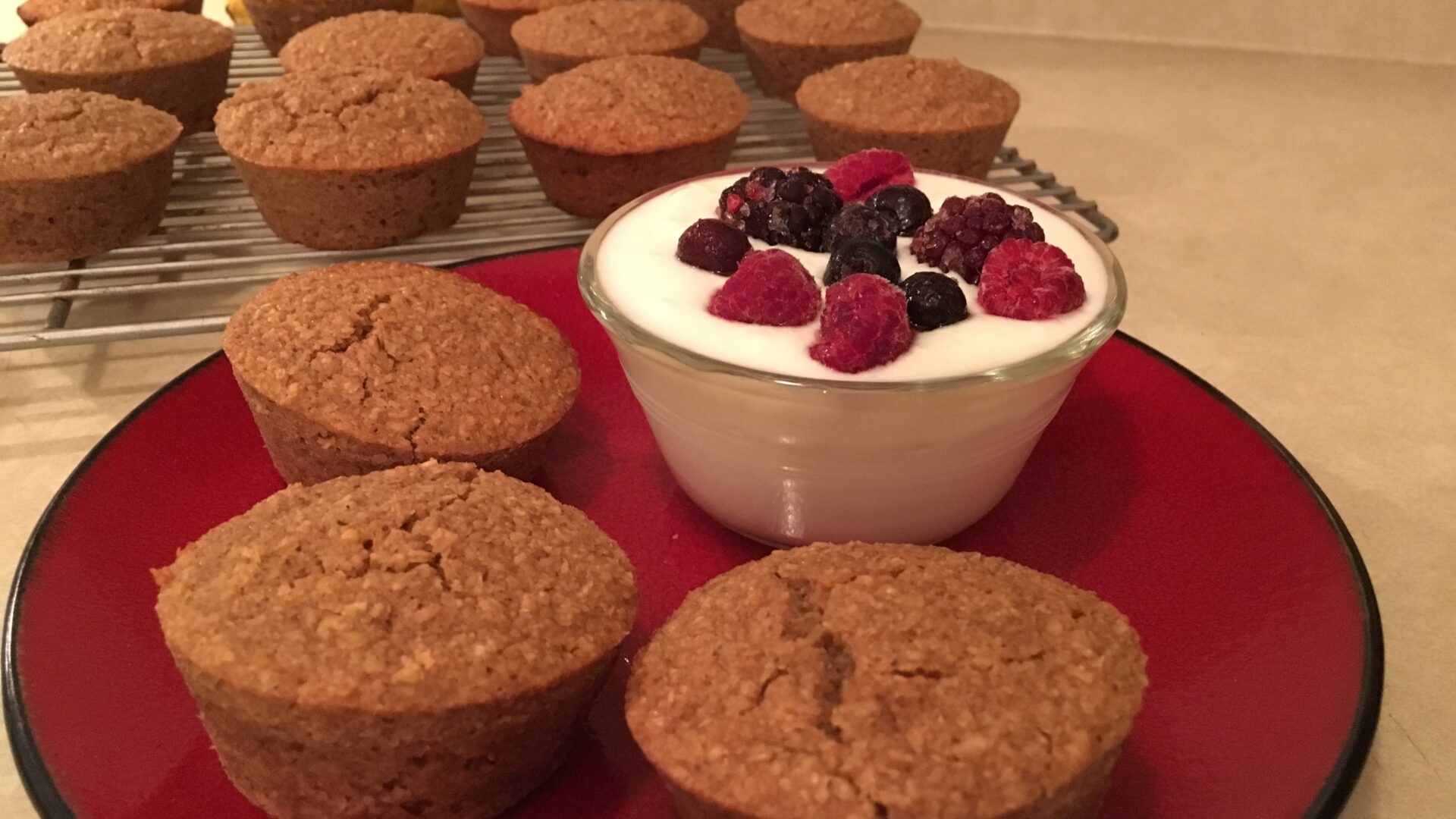 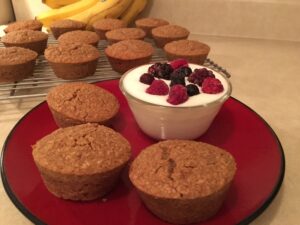 Instead of raisins and walnuts, add 1 cup fresh or frozen blueberries.

Instead of applesauce, add 1 large ripe mashed banana. Omit raisins and walnuts and replace with 1 cup fresh or frozen blueberries.

Milk: You can use any type of milk (cow's milk or non-dairy milk) in this recipe and there is no noticeable difference in the texture or taste.  I have a preference for using either almond milk or coconut milk.  When I use almond milk, I use a full cup of it. When I use coconut milk, I thin it out by using ½ cup of lite coconut milk plus ½ cup water.

Raw Honey:  Honey can be replaced with the same amount of another natural sweetener. I have used brown rice syrup, coconut nectar, and pure maple syrup.  Each has their own unique taste, but they all work great in the recipe.

Egg Whites: Egg whites can be replaced with a chia seed gel or flax seed gel, and there is no noticeable difference in the texture or taste.  I have a preference for chia seed gel.  Combine 2-1/2 tbsp chia seeds with 1/2 cup water and let set for 15 minutes or  more until the mixture becomes a thick gel.  Add to the recipe in place of eggs whites.

Stevia:  The use of stevia in the recipe allows me to add additional sweetness without adding additional calories, carbs, or sugars.  Blending small amounts of stevia with other sweeteners like honey works very well in recipes, and there is no overpowering sweetness from the stevia. Without the stevia, the muffins may not be sweet enough, but you can omit it and see what you think. If they are not sweet enough without the stevia, you can add additional honey or other sweetener.

If you omit stevia and use additional honey or other liquid sweetener, the batter will be too thin.  To rectify, you can add 1/4 cup oat bran or more to achieve the right consistency.

Mixing:  Mixing can be done by hand, but using a stand up electric mixer, such as a Kitchen-Aid mixer, allows more air to be incorporated into the batter and gives it a lighter texture.  I pour the batter into the baking cups and bake the muffins immediately.  This seems to allow the muffins to rise better.

Oat Bran: Oat Bran can be purchased online, at natural food markets and also at mainstream grocery stores.  It can be found in the grocery store aisle where they sell the hot cereals.  You might also find it in the bulk foods. Two brands that are most popular are Bob’s Red Mill and Quaker Oat Bran.