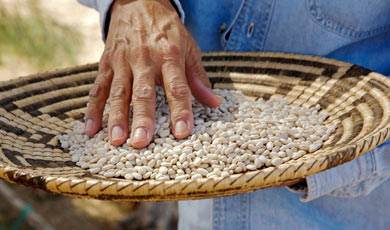 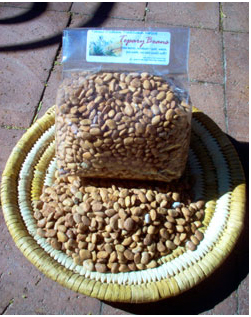 Of all the commonly consumed plant foods eaten worldwide, no other food has a more health-supportive nutrient profile than beans.  They contain nearly equal amounts of both protein and fiber—a unique combination rarely found in other plant foods. This magical protein-fiber combination, coupled with beans’ high antioxidant content, has been shown to be a very powerful food weapon against many of today’s common diseases.

But there is one bean that rises above the rest.  The Tepary Bean (pronounced TEP-AR-EE) is highly superior in nutritional content and disease fighting powers than other beans.  They have been featured as a key dietary component in diabetes research on Native American populations whose incidence of type 2 diabetes is the highest in the nation.  Also, recent studies from the U.S. and Mexico suggest that tepary beans are useful for treating cancer, and they could be ten times more effective than chemotherapy.1

You may have never heard of a Tepary bean.  Neither had I up until about 8 years ago.  That’s because it’s an ancient variety of bean that almost became extinct.  Tepary beans were once an important part of the traditional diet of the Native American Indians of the southwest.  Just before WWII, the federal government re-routed the water supply away from their land toward the farms and homes of white settlers. As a result they had no way to grow their own traditional foods (beans, squash, watermelon, pumpkins, wheat, and other plant foods). Their fields dried up, so the government stepped in and provided them with sacks of white flour, sugar, lard, canned foods, peanut butter and other commercially processed foods.   During that time, tepary beans vanished from their culture.

But recently, tepary beans and other native foods have been reintroduced into the southwestern Arizona Native American diets as researchers have discovered that they have unique qualities for combating diabetes that other beans don’t have.  Tepary beans have a higher protein content than common beans such as pinto, kidney, and navy, as well as higher levels of oil, calcium, iron, magnesium, zinc, phosphorus, and potassium.

The benefits, which are also found in a few more familiar foods like oat bran and okra, stem primarily from two characteristics: their high content of soluble fibers that form edible gels, gums and mucilages, and a type of starch called amylose that is digested very slowly. The combined effect is to prevent wide swings in blood sugar, slow down the digestive process and promote satiety. Because of their fiber, tepary beans have the lowest glycemic index (the rate at which a food raises blood sugar levels) of all beans.  The pinto beans that the federal government gives to the Indians (along with lard, refined wheat flour, sugar, coffee and processed cereals) are far more rapidly digested than tepary beans.

There are two main varieties of tepary beans: the brown tepary bean has a rich, earthy flavor, while the white beans have a slightly sweet flavor. The beans look a little like a flattened black-eyed pea. The white ones cook up creamy. The brown ones are best simmered like pinto beans. They go beautifully with cumin, and with garlic and coconut oil and chilies as well as with pungent herbs such as sage, bay, oregano and thyme. Basically, they go best with the seasonings indigenous to the Southwestern U.S. and northern Mexico. 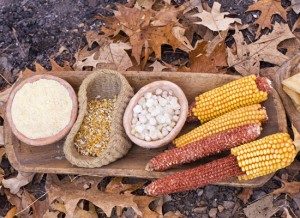 Tepary beans take about 3 hours to cook after soaking them for about 8 hours. They can be used in bean salad, pureed for dips, used in cassoulets or stews or in place of any other dry bean.

Tepary beans are typically available at Farmer’s markets throughout southern Arizona, however they can also be purchased online at www.nativeseeds.org.

To cook, rinse beans with water, pick out an discard any stones or broken pieces, place beans in a large pot and cover with water (8 cups of water of one cup of beans) and add 1 teaspoon of salt. Partially cover and cook until tender, about two to four hours. Once cooked, they will double in volume. The cooked beans can be frozen and store well in the refrigerator for up to one week  (leave them in the cooking liquid). Delicious in bean salads, chili and dips.

Tepary beans are perfect for the crock pot. The long slow cooking brings out the sweetness of the bean and makes a delicious broth. Pick through the beans removing any stones or cracked pieces. Rinse in water to remove any dust. Add the 2 cups of dried beans and 1 teaspoon of salt and fill your crock pot with water almost to the top. Cover and cook on high approximately 8 to 12 hours or until the beans are soft but not falling apart. Yields about 4 cups of cooked beans. 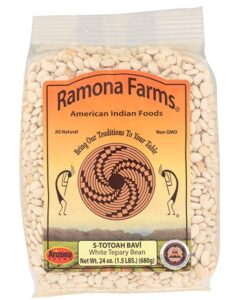