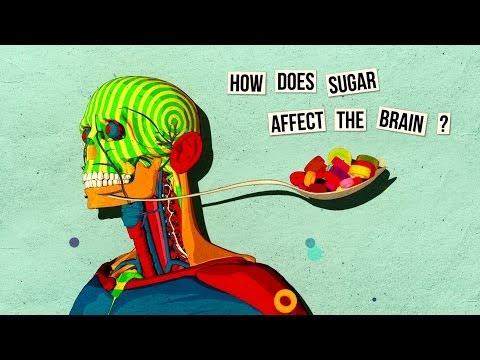 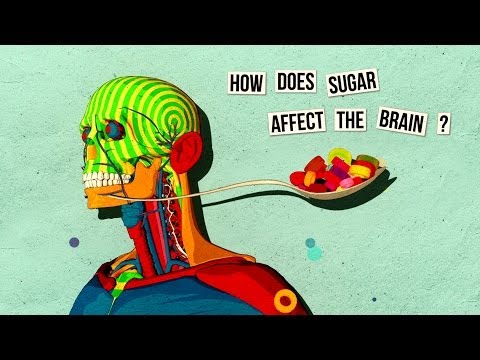 For the first time, a study has shown how a diet consistently high in fructose slows brain function, hampering memory and learning.  Could this be the reason for the rise in learning disabilities in children and memory loss in adults?

The study out of UCLA, published in the May 15, 2012 edition of Journal of Physiology, illustrates that what you eat affects how you think.  “Eating a high-fructose diet over the long term alters your brain’s ability to learn and remember information” said Fernando Gomez-Pinilla, a professor of neurosurgery at UCLA, and one of the researchers of the study.  “But adding omega-3 fatty acids to your meals can help minimize the damage” he said.

What is a high fructose diet?  Drinking just two sodas a day provides about 50 grams (25 grams in each 12 ounce can) of fructose a day. The UCLA team zeroed in on high-fructose corn syrup, an inexpensive liquid six times sweeter than cane sugar.  Other sources of fructose in the American diet include cane sugar, beet sugar, fruit juices, and agave nectar. These sweeteners are widely added to processed foods, including sodas, yogurt, breads, condiments, applesauce and baby food. The average American consumes roughly 40 pounds of high-fructose corn syrup per year,and about 47 pounds of cane sugar per year, according to the U.S. Department of Agriculture.  That’s a high fructose diet!  It is much more than what the human body is designed to handle.

“We’re not talking about naturally occurring fructose in fruits, which also contain important antioxidants,” explained Gomez-Pinilla.  “We’re concerned about high-fructose corn syrup that is added to manufactured food products as a sweetener and preservative.”

While earlier research has revealed how fructose harms the body through its role in diabetes, obesity and fatty liver, this study is the first to uncover how the sweetener influences the brain.

The UCLA team studied two groups of rats. The animals were fed standard rat chow and trained on a maze twice daily for five days before starting the experiment.  The team tested how well the rats were able to navigate the maze, which contained numerous holes but only one exit. The scientists placed visual landmarks in the maze to help the rats learn and remember the way.

During the six week experiment, both groups consumed a fructose solution as drinking water for six weeks. The second group also received omega-3 fatty acids in the form of flaxseed oil and docosahexaenoic acid (DHA), which protects against damage to the synapses — the chemical connections between brain cells that enable memory and learning.

Six weeks later, the researchers tested the rats’ ability to recall the route and escape the maze. What they saw surprised them.

“The second group of rats navigated the maze much faster than the rats that did not receive omega-3 fatty acids,” Gomez-Pinilla said. “The DHA-deprived animals were slower, and their brains showed a decline in synaptic activity. Their brain cells had trouble signaling each other, disrupting the rats’ ability to think clearly and recall the route they’d learned six weeks earlier.”

“DHA is essential for synaptic function — brain cells’ ability to transmit signals to one another,” Gomez-Pinilla said. “This is the mechanism that makes learning and memory possible. Our bodies can’t produce enough omega-3 fat, so it must be supplemented through our diet.”

The DHA-deprived rats also developed signs of resistance to insulin, a hormone that controls blood sugar and regulates synaptic function in the brain. A closer look at the rats’ brain tissue suggested that insulin had lost much of its power to influence the brain cells.

“Because insulin can penetrate the blood-brain barrier, the hormone may signal neurons to trigger reactions that disrupt learning and cause memory loss,” Gomez-Pinilla said.

He suspects that fructose is the culprit behind the DHA-deficient rats’ brain dysfunction. Eating too much fructose could block insulin’s ability to regulate how cells use and store sugar for the energy required for processing thoughts and emotions.

“Insulin is important in the body for controlling blood sugar, but it may play a different role in the brain, where insulin appears to disturb memory and learning,” he said. “Our study shows that a high-fructose diet harms the brain as well as the body. This is something new.”

“Our findings suggest that consuming omega-3 regularly protects the brain against fructose’s harmful effects,” said Gomez-Pinilla. “It’s like saving money in the bank. You want to build a reserve for your brain to tap when it requires extra fuel to fight off future diseases.”

While I am in complete agreement with the consumption of omega-3’s, I don’t think the take-away here should that a person can throw caution to the wind and indulge sugary foods on a regular basis thinking that it’s okay to do so as long as they also pop a fish oil capsule along with it.

The consumption of sugar, fructose in particular, is far reaching and has many other documented health effects, including cancer, heart disease, and diabetes.

The main finding of this study is that the list of health problems and serious diseases associated with fructose consumption keep mounting.  We should all seek to remove sugar from our foods.