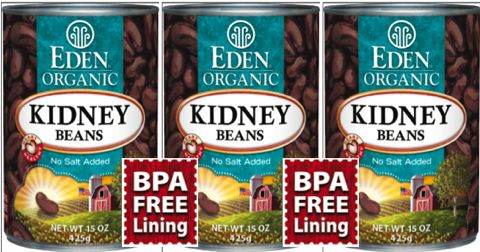 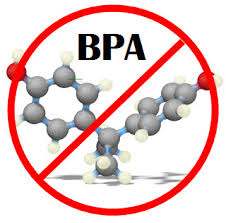 You may not know exactly what Bisphenol A (BPA) is, but odds are it’s circulating in your body. That’s bad news. Recent tests conducted by the U.S. Centers for Disease Control and Prevention showed that BPA was in 93 percent of 2,517 Americans age 6 and over.

Bisphenol A is an industrial chemical used as the starting material for the production of polycarbonate plastics and synthetic resins. BPA is found in baby bottles, plastic tableware and the plastic lining of canned foods and drinks. Studies have shown that BPA leaches from the container into the food or drinks. That’s where the bad news starts.

There are no U.S. government safety standards limiting the amount of BPA in canned food. In March 2006, a study was spearheaded by the Environmental Working Group (EWG) to specifically target levels of bisphenol A in canned foods. EWG’s tests found:

BPA circulating in our bodies affects the foundation of our endocrine system-our hormones and glands. Some of the glands that make up the human endocrine system are the hypothalamus, pituitary gland, thyroid gland, adrenal glands and the reproductive glands, which include the ovaries and testes. The pancreas is also part of this hormone-secreting system, even though it is also associated with the digestive system.

BPA belongs to a group of chemical compounds called “endocrine disruptors,” which also includes pesticides, herbicides, and environmental pollutants. Endocrine disruptors mimic human hormones and interfere with the normal functioning of the glands or the tissues where the hormones act (target tissues).

Endocrine disruptors may affect our health by:

The glands of the endocrine system and the hormones they release influence almost every cell, organ, and function of our bodies. The endocrine system is instrumental in regulating mood, growth and development, tissue function, and metabolism, as well as sexual function and reproductive processes.

Study results are racking up a chilling list of human diseases associated with BPA exposure including breast and prostrate cancers, increases in urogenital abnormalities in male babies, a decline in semen quality in men, early onset of puberty in girls, metabolic disorders including Type 2 diabetes and obesity, and attention deficit/hyperactivity disorder.

What’s a Consumer to Do?

If nearly every canned good is laced with BPA, what are we going to eat? The answer is clear, we should be eating more fresh foods that don’t come in packages, and if we must purchase canned goods, look for those in BPA-free cans. Another alternative is to buy foods that come in glass jars or aseptic cartons.

Companies You Can Trust to Use BPA-Free Cans

There are a few select companies offering foods that are in cans coated with oleoresin-a non-toxic mixture of an oil and a resin extracted from various plants, such as pine or balsam fir. You may be wondering, if the technology is available to make BPA-free cans, why aren’t all manufacturers using it? It all comes down to money. BPA-free cans cost 2.2 cents more (14%) than cans with standard BPA epoxy liners. But fortunately for us, there are at least 7 companies who don’t mind paying the extra pennies to keep the BPA out of your food. I don’t know about you, but I’m willing to pay a little more to ensure the health of my endocrine system. Below is a list of products that come in BPA-free cans. As of this printing, Eden Foods is the only company that lists BPA-Free on the label. The other companies are using BPA-free cans for some of their products, but they don’t label them as BPA-free.

1. Eden Foods
Eden Foods is the only U.S. food maker to date that uses BPA-free cans for all 33 of their organic bean products, including Chili, Rice & Beans, Refried Beans, and Flavored Beans. They are also the only food maker that has been using BPA-free cans for over a decade, since 1999. Eden Foods did not promote its switch to BPA-free cans 10 years ago, because at the time consumers hadn’t heard about BPA. But with the growing awareness about BPA’s link to human diseases, Eden Foods began labeling its bean cans “BPA-free.”

The only product they can’t put in BPA-free cans are tomato products, due to their acidic nature. The FDA hasn’t approved any other type of can lining for highly acidic foods. To get BPA-free tomato products, you’d have to buy them in jars.

Edward and Sons, the umbrella company of Native Forest and Native Factor, has at least a dozen different products in BPA-free cans. They offer a variety of exotic, organic, and sustainably produced canned fruits and vegetables, as well as the only canned coconut milk that comes in a BPA-free can (that’s the one I’m buying from now on!). The company has confirmed that 14 products have been in BPA-free cans since last summer, and as long as you purchase Native Forest and Native Factor brands the canned goods are BPA-free. 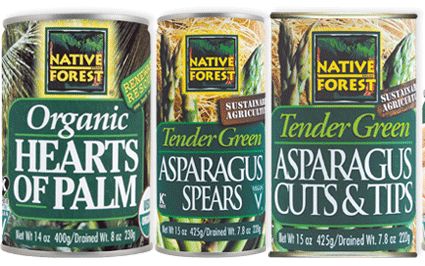 3. Trader Joe’s
Trader Joe’s customer relations department states that canned corn, canned beans, canned fish, canned poultry, and canned beef are all packaged in BPA-free cans. However, any other products that contain corn or beans or fish, etc. and other canned products such as soups and chilis-are not in BPA-free cans.

4. Vital Choice
Most of the food manufacturers that have made the transition to BPA-free can liners are premium “sustainable” seafood producers. Vital Choice is one of them. They pack MSC-certified salmon, Albacore tuna, sardines, and mackerel in BPA-free cans. Canned premium seafood is typically priced higher than other canned foods, so the additional 2.2 cents per can the company has to pay can be absorbed into the retail price without breaking the sale to the consumer.

Vital Choice’s tuna was tested last year and was found to contain trace amounts of BPA, which led the company to further testing to determine the source-the can lids were suspected-and then attempt to eliminate it. Eventually Vital Choice found Texas company Certi-Chem to test for all “endocrine disruptor activity,” not just BPA. A round of testing costs $2,000, says Randy Hartnell of Vital Choice, which is costly for the company. However, they are committed to using BPA-free cans and providing consumers with high quality canned seafood.

5. Oregon’s Choice
Oregon’s Choice canned MSC certified Albacore (6 oz.) comes in a BPA-free can and the company says that over the next two years they will move all of their canned fish to BPA-free

6. Eco Fish
Eco Fish is a tiny company that was an early innovator in sustainable seafood, and may be better known to consumers for its salmon burgers, fish sticks, or Celebrity Chef sustainable seafood entrees. Eco Fish also packs its Albacore tuna in BPA-free cans, and the company is planning to make the switch for its canned salmon as well.

7. Wild Planet
Wild Planet uses BPA-free cans for its 5 oz. skipjack tuna and its 5 oz. Albacore tuna products. The company says it does not pass on the extra 2.2 cents per can to its consumers. Wild Planet also chooses smaller fish in order to make its “Low in Mercury” claim.

Next Steps
With the growing concern over BPA lined cans, we will see more manufacturers moving toward making the switch to BPA-free cans. Hopefully we will also see more people moving toward eating foods that are fresh and unpackaged.