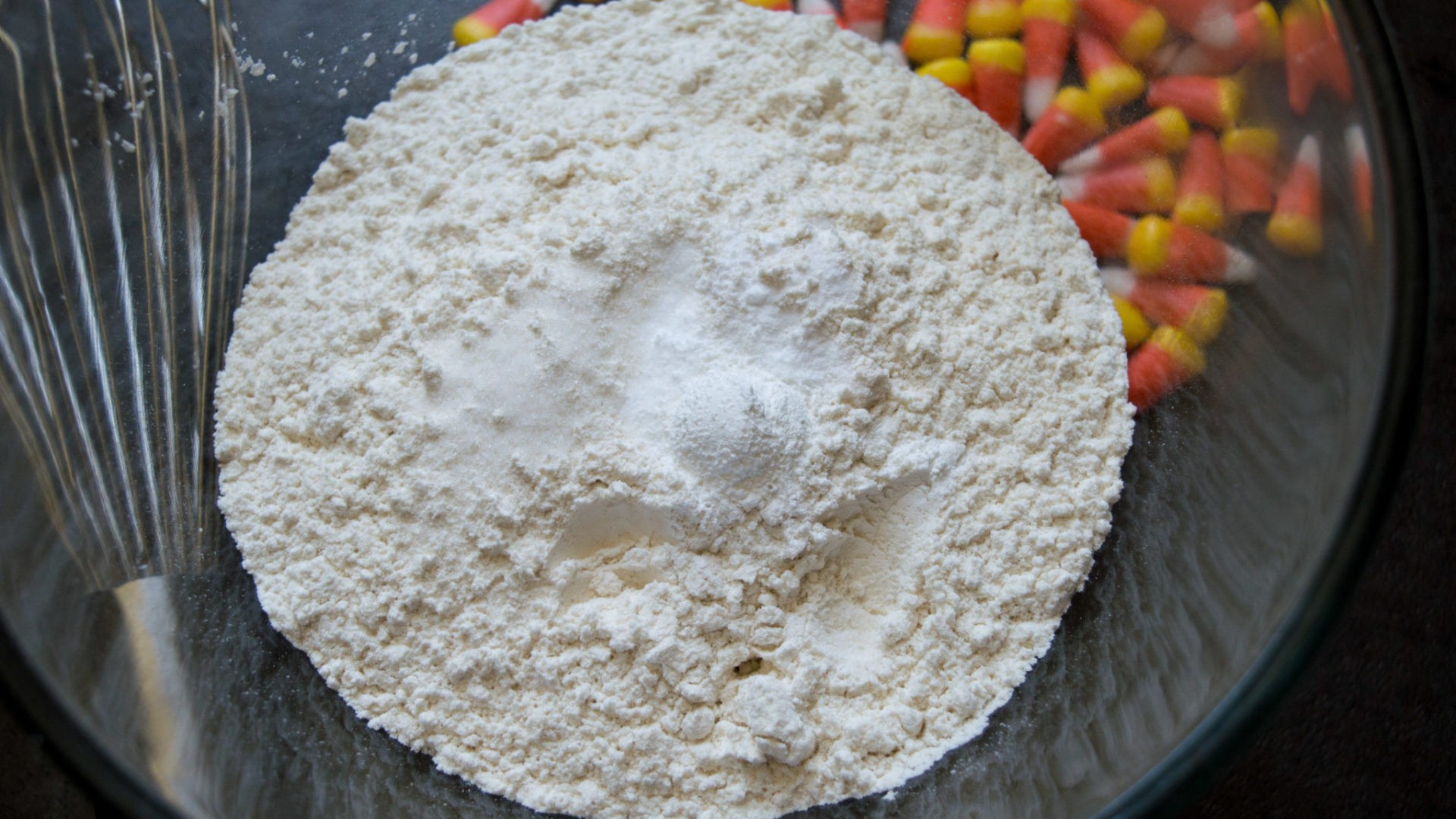 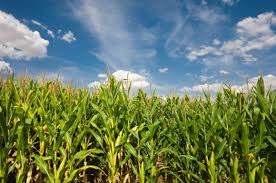 In a last ditch desperate attempt to convince consumers that high fructose corn syrup (HFCS) is no worse for their health than refined white sugar, the Corn Refiners Association (CRA) is now petitioning the U.S. Food and Drug Administration (FDA) to allow it to change the name of the highly processed goopy liquid to “corn sugar”. As if changing the name is going to somehow change the minds of conscious consumers and erase the scientific evidence of its insidious ramifications on the health of Americans.

Over the last decade, the controversial sweetener has been dubbed “the crack of sweeteners” and “liquid Satan” due to its addictive qualities and numerous studies showing it contributes to the development of metabolic syndrome, diabetes, heart disease, liver disease, overweight and obesity. Besides being derived from corn, the vast majority of which is genetically modified (genetically modified foods are health hazard in their own right), HFCS also contains detectable levels of mercury.

According to a 2009 study published in Environmental Health, almost half of tested samples of commercial high-fructose corn syrup contained mercury. A separate study conducted by the Institute for Agriculture and Trade Policy (IATP), a non-profit watchdog group, found that nearly one in three of 55 brand-name breads, cereals, sodas and other foods bought off the shelf in the autumn of 2008 contained mercury. The chemical was found most commonly in HFCS-containing dairy products (like yogurt and ice cream), salad dressings and condiments (like ketchup) where HFCS is the first or second highest labeled ingredient.

How did the mercury get into the HFCS? In the wildly unnatural 15-step chemical process that converts a mild mannered corn kernel into the liquid sweetener, caustic soda (otherwise known as lye) is one ingredient used to separate cornstarch from the corn kernel. Apparently most caustic soda for years has been produced in industrial chlorine plants, where it can be contaminated with mercury that it passes on to the HFCS, and then to consumers. Mercury is a potent brain toxin that accumulates in fish and seafood, and now apparently is in our soda, yogurt, and breads.

Since being “outed” as a dangerous sweetener, consumption of high fructose corn syrup is at a 20-year low, and will likely continue to decline, despite the marketing efforts and claims by the CRA that it is the same as all other forms of sugar.Â  Completely ignoring the mercury claims, the CRA refuses to give up its hold on the sweetener market. Even though approval of the name change could take two years, the CRA has already started using the term in its new online marketing campaign and on television. Just as they have done in the past, the new commercials try to clarify shopper confusion, depicting people who say they now “understand” that “whether it’s corn sugar or cane sugar, your body can’t tell the difference. Sugar is sugar.”

That claim in itself is a slap-in-the-face insult to the American public that we should somehow be OK with high amounts of ANY form of sugar in our foods and that we are mindless idiots when it comes to believing what the food manufacturers tell us is safe. Their reasoning is that when consumers see the the term “corn sugar” on an ingredient list, they will be less alarmed because “sugar” sounds more natural than an industrially manipulated combination of fructose and glucose.

According to the CRA, high fructose corn syrup is safe and does not have any higher level of fructose when compared to refined white sugar, honey or fruit juice concentrates. High fructose corn syrup is half glucose and half fructose, just like white sugar is. Despite the evidence to the contrary, the CRA continues to assert that the body metabolizes HFCS in the same way as regular white sugar. This assertion is reminiscent of how the manufacturers of DDT claimed the pesticide was safe right up to the day it was banned.

But high fructose corn syrup is different from other forms of sugar, natural or refined, and your body does know the difference! In this case, the litmus test is how the human body metabolizes these types of sugars. Herein is where the CRA’s claims fall apart.

White sugar comes primarily from sugar cane or sugar beets. High-fructose corn syrup is made essentially by soaking corn kernels to extract cornstarch, and using enzymes to turn the glucose in the starch into fructose and is then mixed with regular corn syrup (100% glucose). Although white sugar and HFCS may contain similar concentrations of sucrose and fructose, the CRA’s claim that HFCS contains a similar ratio of fructose and sucrose does not take into account the difference in how the fructose and sucrose are chemically bonded together. Chemical bonding is an important factor in this case. 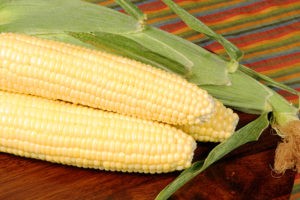 In cane sugar, beet sugar, honey, and fruit juice, the glucose and fructose are linked together by a chemical bond, and the body uses them as one individual component called sucrose. In HFCS the fructose is not bonded to glucose, they exist as two individual “free” components in the syrup, which unfortunately produce deleterious results in the human body.

The consumption of high amounts of free, unbonded fructose, such as the amounts being added to foods and beverages, overwhelms the body’s capacity to metabolize it. Fructose and glucose are metabolized differently in the body. Glucose is metabolized in every cell of the body to be converted to energy, however all fructose must be metabolized in the liver. Too much fructose in the liver turns to fat. Too much fat in the liver leads to liver diseases. A recent study out of Duke University showed that daily consumption of fructose-containing foods or drinks has been associated with a disease called Non-Alcoholic Fatty Liver Disease.

In the February 26, 2010 online issue of the journal Pharmacology, Biochemistry and Behavior, a research team from the Princeton University Department of Psychology and the Princeton Neuroscience Institute published study results from two experiments investigating the link between the consumption of high-fructose corn syrup and obesity. The study results clearly show that HFCS and regular sugars are not equal when it comes to weight gain.

According to Princeton University article:

The first study showed that male rats given water sweetened with high-fructose corn syrup in addition to a standard diet of rat chow gained much more weight than male rats that received water sweetened with table sugar, or sucrose, in conjunction with the standard diet. The concentration of sugar in the sucrose solution was the same as is found in some commercial soft drinks, while the high-fructose corn syrup solution was half as concentrated as most sodas.

Here’s why – the manufacturing of HFCS starts with corn kernels and takes place in a series of stainless steel vats and tubes in which a dozen different mechanical processes and chemical reactions occur – including several rounds of high velocity spinning and the introduction of three different enzymes to incite molecular rearrangements not found anywhere in nature. It’s that difference that is the crux of the problem.

When we eat refined white sugar, as bad as it may be for us, our body at least knows what it is and how to handle it. In normal sugar metabolism, the fructose is broken down in the digestive tract and processed in the cells.  Once this occurs, the cells send a signal to the brain, which stimulates the pancreas to secrete a hormone called insulin. Insulin is then used by the body to convert the sugar into energy. Any excess sugar that does not get converted to energy goes to the liver to be stored as fat. That is why, if you eat too much sugar, you get fat.

Because of its altered molecular structure, the body doesn’t know what to do with HFCS. It does not get metabolized the same way that sugar does, in fact it doesn’t really get metabolized at all. When we eat HFCS, the cells do not send a signal to the brain, therefore the pancreas does not secrete insulin. As a result, the sugar (fructose) does not get converted into energy, and goes directly to the liver to be stored as fat. This large glut of sugar turning to fat has been linked to fatty liver disease (a condition where the liver is literally choked by fat globules and cannot perform its normal detoxifying and fat burning functions), elevated levels of triglycerides and high cholesterol.Â  High triglycerides in the body are linked to heart disease and diabetes. HFCS also lowers chromium levels in the body, further increasing the risk of type 2 diabetes. 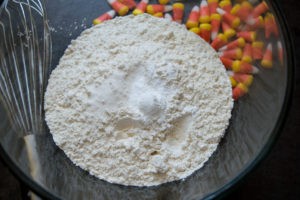 Food manufacturers are slowly beginning to replace HFCS in their products by reverting back to using “real sugar” (and proudly touting that in its advertising). The “real sugar” they are using is refined cane sugar or beet sugar, which has its own set of health consequences, and should not be considered healthy in any way, shape or form. Also, don’t be fooled by the use of evaporated cane juice either – it is a more refined form of sugar than most would suspect.

Therefore, your best bet is to eliminate any form of refined or processed sugar from your life. Not only do they slowly and deleteriously rob your body of vital nutrients, but also lead to the development of many chronic health conditions. If you want to partake in the occasional sweet treat, the best sweeteners are those in their natural whole form, the such as stevia, raw honey, unrefined and unbleached raw whole cane sugar, and a low glycemic liquid sweetener called raw coconut nectar.

2. Hatfield, Leslie. Our Melamine: There’s Mercury in High Fructose Corn Syrup, and the FDA Has Known for Years. The Huffington Post, February 27, 2009,
http://www.huffingtonpost.com/leslie-hatfield/our-melamine-theres-mercu_b_161334.html

3. Health Day. Medline Plus-A Service of the National Library of Medicine and the National Institutes of Health.